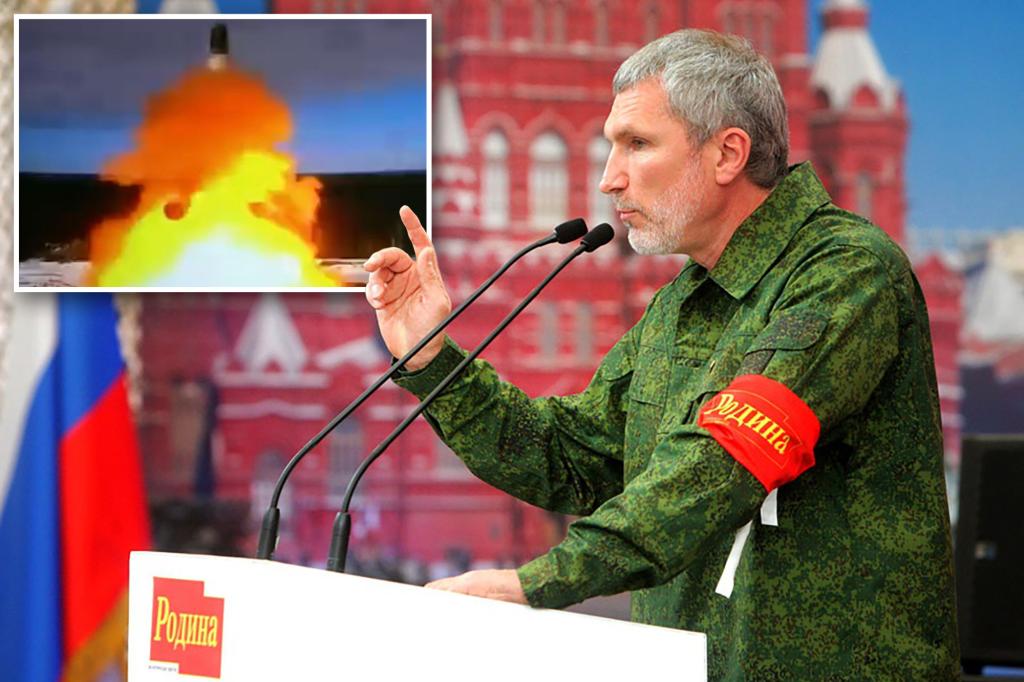 Vladimir Putin warned the Finnish president on Saturday that any effort to join NATO would negatively affect relations between the two countries.

The comments followed another Russian leader’s threat to use the Satan-2 hypersonic nuclear missile to strike Britain and Finland in just 200 seconds and that the weapons could also be used to strike the United States .

As NATO foreign ministers met in Berlin, with discussions of potential bids from Sweden and Finland to join the Western military alliance on the agenda, Putin spoke with Finnish leader Sauli Niinisto.

Nizhnisto told Putin in the phone conversation that the traditionally non-aligned country would decide whether to apply for NATO membership in the coming days.

Finland and Sweden, also traditionally neutral, are moving towards the candidacies in response to the Russian invasion of Ukraine. In response, Russia cut Finland’s electricity supply on Friday.

“If Finland wants to join this bloc, then our objective is absolutely legitimate: to question the existence of this state. It makes sense,” said Aleksey Zhuravlyov.social media/e2w

Putin told Niinisto that Finland’s abandonment of its traditional policy of military neutrality would be a mistake because there is no threat to Finland’s security, the Kremlin said in a statement released after the call. Such a change in the country’s foreign policy could negatively affect Russian-Finnish relations, which have been built in the spirit of good neighborliness and partnership for many years, and are mutually beneficial.

Niinistos’ office said in a statement that he told Putin how dramatically Finland’s security environment had changed after Moscow invaded Ukraine on February 24.

The exchange came amid escalating rhetoric about NATO’s potential to expand beyond its current 30 members.

If Finland wants to join this bloc, then our objective is absolutely legitimate to question the existence of this state. That makes sense, said Aleksey Zhuravlyov, 59, deputy chairman of Russia’s parliament defense committee, in an interview with The Mirror. Finns in general should be grateful to Russia for their statehood, for the fact that Finland exists as a country.

If the United States threatens our state, that’s fine: here comes the Sarmat [Satan-2] for you, and there will be nuclear ashes of you if you think Russia shouldn’t exist, he continued. And Finland says it is one with the USA. Well, line up.

The Satan-2 is a ballistic missile capable of carrying 10 to 15 nuclear warheads, with an estimated destructive power of three megatons each.

Russia would not need to move nuclear weapons to its European border to carry out its threat. ru

Russia would not need to move nuclear weapons to its European border to carry out its threat, officials boasted.

You can hit with a Sarmat [known in the West as Satan-2] from Siberia, and even reach the UK, he said. And if we hit from Kaliningrad, the hypersonic hit time is 200 seconds, so go ahead, guys.

At the Finnish border, we will not have strategic weapons, but Kinzhal class, one that will reach Finland in 20 seconds, even 10 seconds.