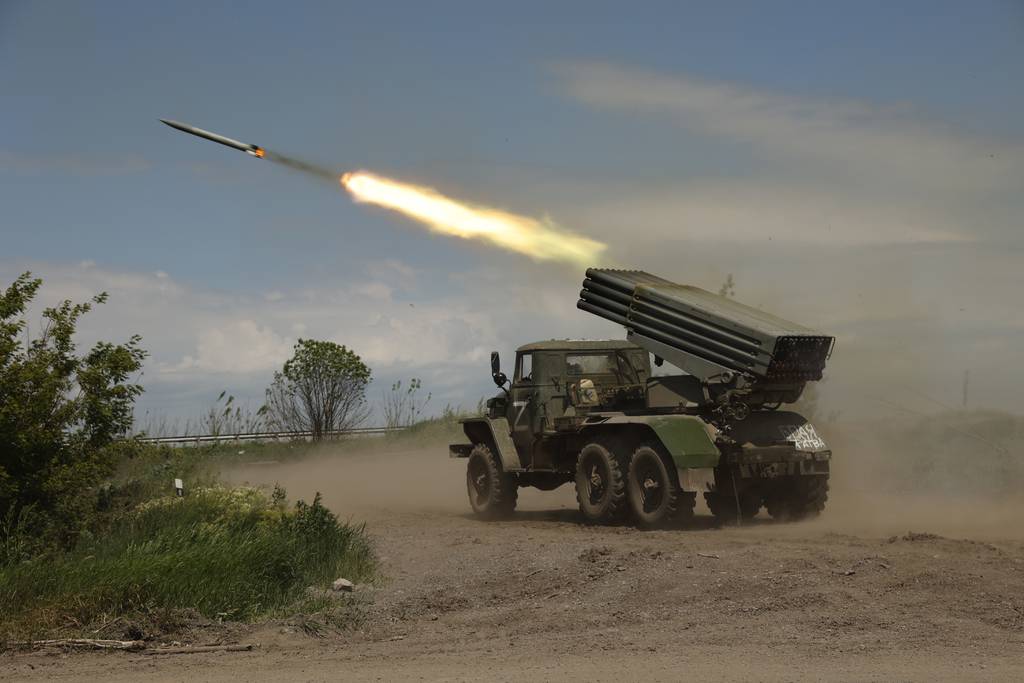 WASHINGTON The United States will send Ukraine an additional $1 billion in weapons to fight Russia, including Harpoon anti-ship launchers for the first time, and more ammunition for medium-to-high-tech rocket launchers reach, the Biden administration announced Wednesday.

Amid calls from Washington and Kyiv for more and faster arms deliveries for Ukrainian forces, Austin and General Mark Milley, the chairman of the US Joint Chiefs of Staff, acknowledged the military superiority of Russia and championed US and allied efforts to level the playing field. As Ukrainian forces face an uphill struggle for eastern Ukraine, the United States has sent weapons intended to take positions from which Russian forces are launching brutal artillery barrages.

When you’re in the fight, you can never get enough and you can never get it fast enough, Austin said in a press conference with Milley. But having said all that, they were going to work hard to make sure that whatever was humanly possible was going to keep moving heaven and earth to give them the ability they need.

The new US aid uses a combination of $350 million in presidential authority to draw equipment from US military stockpiles and $650 million from the separate Ukraine Security Assistance Initiative. Defense officials say the Pentagon plans to use the USAI to buy truck-mounted Harpoon launchers, which the United States does not operate, but the missiles themselves are believed to come from allies and partners. Denmark had previously pledged to supply harpoons to Ukraine.

Austin organized a meeting of about 50 nations at NATO headquarters in Brussels to discuss arms deliveries to the invaded nation. Subsequently, he highlighted three multiple launch rocket systems and GMLRS munitions for Ukraine from Germany, helicopters and Mi-series rockets from Slovakia, and artillery donations from Canada, the Poland and the Netherlands.

Although Russia has more artillery, it uses it for mass fire and does not necessarily strike military targets, as Ukrainian forces do, Milley said. He argued that Russia’s slow gains in the nearly four-month war do not mean its victory in eastern Ukraine is inevitable.

The war takes many, many turns, so I wouldn’t say it’s inevitable, but I would say the numbers favor the Russians. In terms of artillery, they are more numerous, they have more guns and more range…and they have enough forces, Milley said. But the Russians encountered a lot of problems. They have command and control issues, logistics issues, morale issues, and leadership issues.

The administration pledged on June 1 to send in the HIMARS, with GMLRS rockets with a range of about 40 miles. Milley said Wednesday that by the end of the month, the United States will have provided the systems and trained the Ukrainian crews to operate and maintain them.

In a few weeks, the Ukrainian forces will have 10 multiple rocket launcher systems from the United States, United Kingdom and Germany, with more than 100 rounds of ammunition. They’re top-notch gunners, and the effect they’re getting on the battlefield right now with the [M777s] has been very, very good, very effective and we expect the same from HIMARS, Milley said.

US President Joe Biden announced the aid on Wednesday after holding a call with Ukrainian President Volodymyr Zelenskyy. The United States is also sending $225 million in humanitarian assistance, including medical supplies, food, shelter and money for families to buy essential items.

The bravery, resilience and determination of the Ukrainian people continue to inspire the world. And the United States, along with our allies and partners, will not waver in its commitment to the people of Ukraine as they fight for their freedom, Biden said.

US Secretary of Defense Lloyd Austin, left, greets Ukrainian Defense Minister Oleksii Reznikov before a meeting of NATO Defense Ministers at NATO Headquarters in Brussels, Wednesday, June 15, 2022. The ministers of NATO Defence, who will take part in a two-day meeting from Wednesday, will discuss the reinforcement of arms supplies to Ukraine and the candidatures of Sweden and Finland for membership of the NATO transatlantic military alliance. (Yves Herman, Pool Photo via AP)

Noting painful losses in Severodonetsk, which he said would be key to controlling the Donbass region, Zelenskyy again pleaded with the West for more and faster arms deliveries in a statement on Tuesday. Ukraine needs modern anti-missile weapons, he said, adding that its air defense units had shot down Russian missiles fired at Ukrainian cities.

Even though Russia has fewer and fewer modern missiles with each passing day, Ukraine still needs such systems, Zelenskyy said.

Republicans and Democrats in Congress have directly criticized the Biden administration in recent days, urging it to do more.

House Armed Services Committee Chairman Adam Smith, D-Wash., said he told the administration almost constantly that it had been too coy about sending sophisticated systems to Ukraine like long-range artillery and the Gray Eagle, a reusable flying drone with a range of 200 miles. which is used by the US military.

I think we need to deliver more sophisticated systems, especially when it comes to drones and long-range artillery, Smith said Wednesday during a wide roundtable of reporters ahead of the administrations announcement. I think we should provide them with this equipment more quickly.

Administrations have been overly cautious as they consider the risks of exposing American technology and the time it will take to train Ukrainian troops, Smith added.

The United States sent Ukrainian forces the Puma flying drone and the Switchblade wandering munition as well as the Phoenix Ghost, a new drone developed by the US Air Force.

Ukraine promised the United States that it would not strike deep into Russian territory as part of the deal to acquire HIMARS, a step intended to avoid an escalation of war.

But Smith said he disagreed with Bidens’ decision not to provide Ukraine with longer-range rockets that can reach Russia and that the United States should send even more artillery and ammunition to help Ukraine resist Russia’s superior weaponry.

Quantity is a big part of the issue right now, Smith said.

Amid such criticism, Pentagon policy chief Colin Kahl said on Tuesday that the United States intends to continue sending Ukraine what it needs and that the powerful and precise munitions of the GMLRS allowed Ukrainian forces to have more impact for a single shot.

Think of it more like the effect of an airstrike than launching full salvos, Kahl said at a Center for a New American Security event. In other words, you can do a lot for little or you don’t need a lot to have a significant effect.

Overall, the United States has committed approximately $4.6 billion in security assistance to Ukraine since the start of the Biden administration, including $3.9 billion since the invasion of Ukraine. Russia.

The Pentagon has turned to supplying Ukraine with Western weapons like the M777 howitzer or the truck-mounted HIMARS because stockpiles from former Warsaw Pact countries that match Ukraine’s Soviet-era weapons are exhausted, Kahl said.

He downplayed reports of Russian progress, saying Russian and Ukrainian forces are suffering significant losses. Yet Kahl said Russian President Vladimir Putin, after failing to take Kyiv at the start of the war, continues to want to take full control of Ukraine.

Our feeling is that he hasn’t changed his overall goals, Kahl said. He has plans for a significant part of Ukraine, if not the whole country. That said, I don’t think he can achieve those goals.

Joe Gould is a senior Pentagon reporter for Defense News, covering the intersection of national security policy, politics and the defense industry.