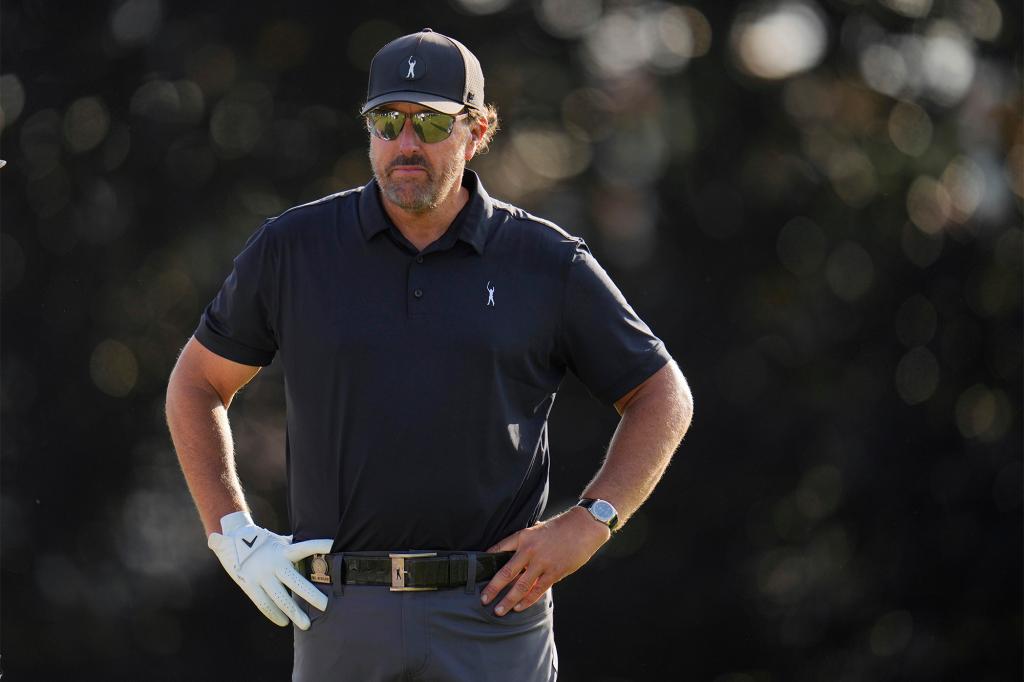 BROOKLINE, Mass. A wild turkey flapped its wings near Phil Mickelsons’ ball. Yes, it actually happened deep in the trees on the 12th hole of the US Open, the perfect visual for a good walk wasted.

On his 52nd birthday, Mickelson endured an opening round Thursday that was painfully short on birdies, and an experience that was, you know, for the birds. Even the turkey at No. 12 couldn’t believe how far Lefty had landed on the right. Mickelson made a double-bogey six on his way to an 8 of 78, leaving him behind 13 amateurs and near the bottom of the 156-man field.

If there was one victory to claim for Mickelson, it was the warm welcome he received from the Boston crowd. A few fans shouted references to the game at him in the middle of his game, but they were tame. And the galleries showered him with the adoration of the same ol-Phil during the first practice laps.

But once the ball was in the air for real in Round 1, the fans were of no help. Mickelson hadn’t played competitive golf on American soil since late January, and after skipping the Masters, refusing to defend the PGA Championship he surprisingly won in 2021, and playing poorly last week on his debut at LIV Golf outside London, no one expected much from the six-time US Open finalist.

Phil Mickelson, who turned 52 on Thursday, was bottom of the standings after the first round at the Country Club.AP

And Mickelson lived up to that expectation. After birdying his first and only 11th from 131 yards, Lefty heard chants from PhillyPhilly before a fan yelled at him, you are my idol. Two hundred million! Of course, that number represents the figure that the Saudi-backed LIV Golf Tour would have guaranteed Mickelson to leave the PGA Tour, which then suspended Lefty and his fellow LIV defectors.

Mickelson opened up what has already been a long, long week by showing up to a press conference on Monday looking and sounding like a haunted man. He was clearly hurt by criticism from human rights activists and family members of 9/11 victims for partnering with the Saudis. Mickelson said his four-month exile from gambling allowed him to spend time with his wife Amy and pursue therapy to address some of my deficiencies, including a long-term gambling problem.

As for the tournament, Mickelson called the Country Club course where he helped the American rally to topple the European team in the 1999 Ryder Cup golf’s brutal test. Thursday was all that.

Mickelson hit a bad approach on the first hole, leaving his ball under a chair. He put four putts on the sixth green to put it 5-over with a dozen holes to go. He tried and failed to get his way. His wayward tee shot on the 12th could finally book him a flight home after Friday’s second round.

The US Open remains the only major that separates Mickelson from a career Grand Slam; his six second-place finishes are a tournament record. But after a birthday party gone wrong, there will be no drama or Sunday heartbreak this time around.