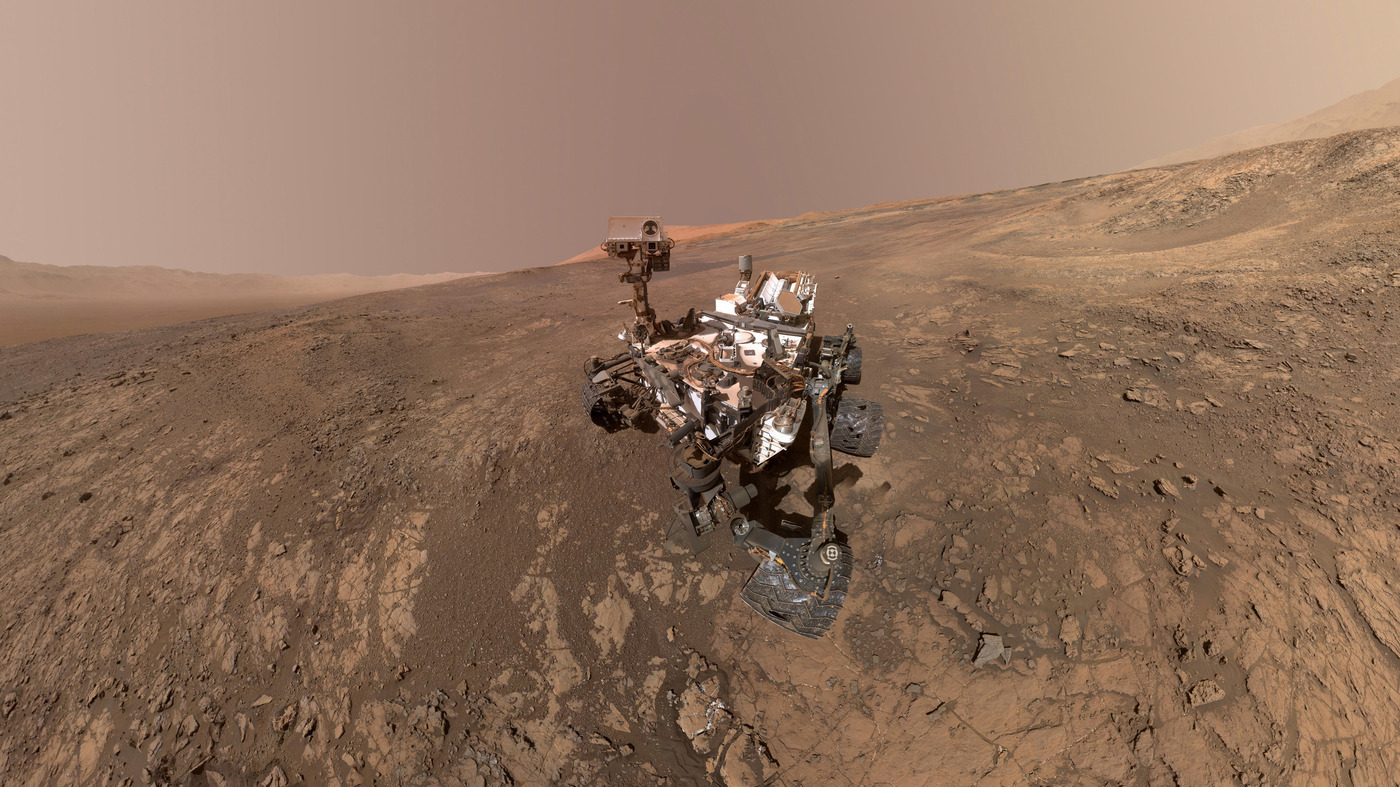 A self-portrait of NASA’s Curiosity rover on Vera Rubin Ridge.

Ten years ago, engineers at NASA’s Jet Propulsion Lab celebrated the successful landing of its fourth robot on Mars, the Curiosity rover.

Now old enough to enter its fifth year, the Curiosity rover was put on a mission in 2012 to determine if the Red Planet could ever have supported life.

The robot is about the size of a car and is equipped with scientific instruments used to study the planet’s climate and geology. So how was the mission? And what can the Curiosity rover tell us about the past and potential future of space exploration?

Engineers work on a model of the Mars Curiosity rover at NASA’s Jet Propulsion Laboratory Spacecraft Assembly Facility in 2012.

Dr Ashwin Vasavada is the chief scientist of the Curiosity team and says the mission was a huge success.

“[We learned] it was not only habitable at one point in Mars’ history, but probably habitable for millions, if not tens of millions of years,” he said.

While the rover had the ability to detect signs of life, that didn’t necessarily mean that Mars itself harbored life. Vasavada said their initial goal was to find out if life was even possible there.

“We’ve explored Mars enough to know that there are no dinosaur footprints, no large life forms today,” he said. “So if life ever took hold, it probably never got past some sort of microbial stage.”

So what kind of life was there on Mars? And was there a specific event that made it uninhabitable for life?

“You can see evidence that rivers once flowed on the surface, that maybe even an ocean existed at one time. So at the beginning of Mars, we’re talking about three or four billion years ago, was a much more Earth-like place than Mars is today,” he said.

This NASA-provided image, stitched together from a series of January 2018 photos taken by the Mars Curiosity rover, shows an overhead view of Mount Sharp, which Curiosity had climbed. Hide AP legend

This NASA-provided image, stitched together from a series of January 2018 photos taken by the Mars Curiosity rover, shows an overhead view of Mount Sharp, which Curiosity had climbed.

And it seems that the size of the planet was the main factor that put an end to the development of life.

“At the end of the day, it’s a planet smaller than Earth, [so] which allowed it to cool faster. Once it cooled faster, it lost its ability to generate a magnetic field,” he said. “Once the magnetic field stopped, the atmosphere was stripped by radiation in space. And that led to his inability, at that time, to stay warm and get liquid water.”

From that moment, the planet became the cold and inhospitable desert that we know today.

Even where the Curiosity rover landed 10 years ago may have provided new information to the team working to understand Mars.

The rover landed in an area called Gale Crater. Known as the impact crater, the cavity formed when a large space rock hit the planet’s surface. Later it was filled with sediments deposited in lakes and formed layers of mud that accumulated over time on the sides of a mountain.

“That meant we could land there and see if those sediments were really being deposited in liquid aquatic environments, like lakes and streams,” Vasavada said. “We could read the ancient history of Mars by going up those rock layers and determining if any of those periods of Mars time had those habitable conditions.”

After 10 years, the success of the mission still surprises the scientist.

“We have now traveled over 2,000 vertical feet up the mountain, and for the most part every layer we have examined formed in a moist environment and had conditions that would have been favorable for life.”

This story was adapted for the web by Manuela Lopez Restrepo.