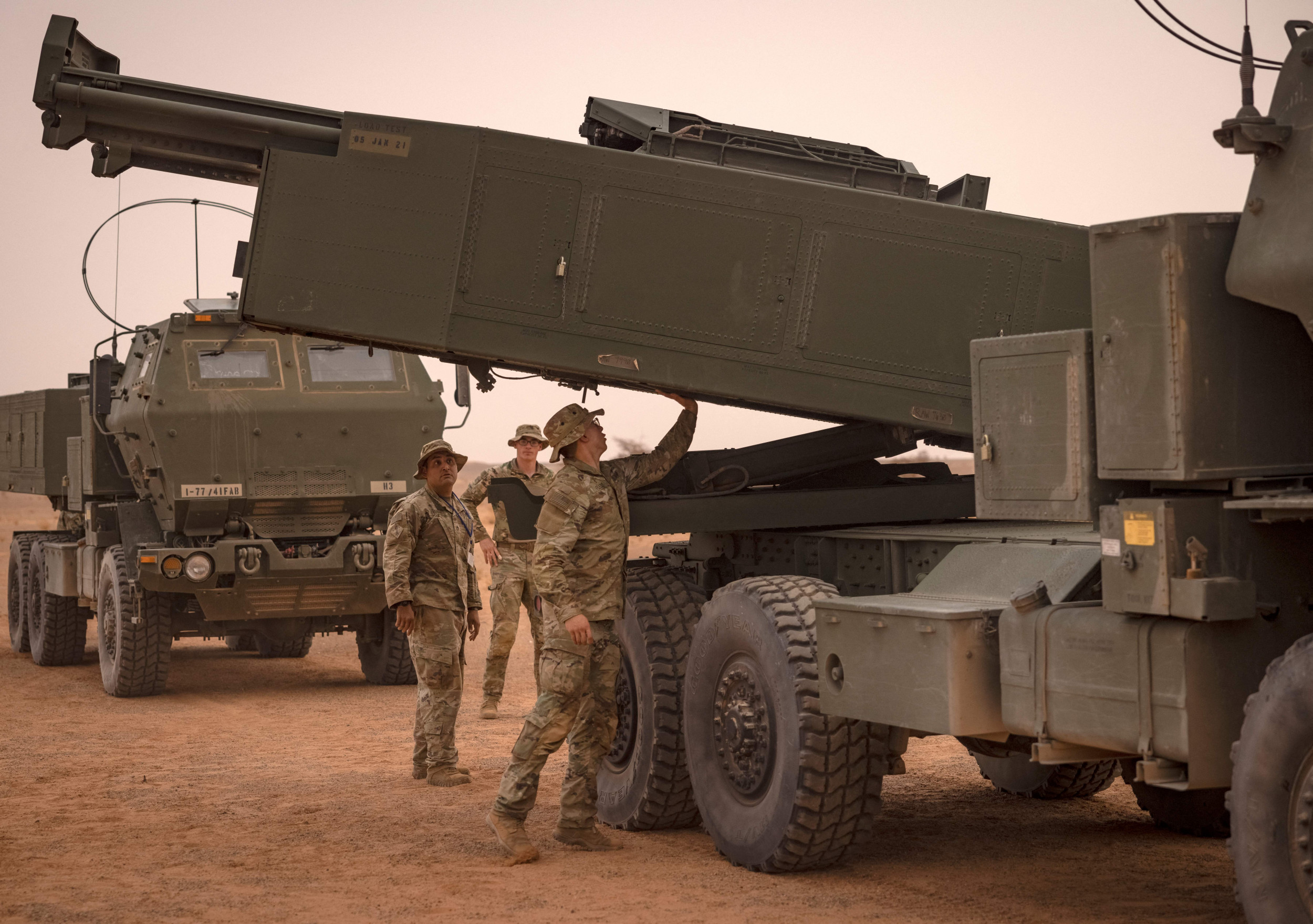 During the unprecedented show of force China deployed around Taiwan in retaliation for US House Speaker Nancy Pelosi’s visit to the self-governing island, Beijing tested a new weapon in its arsenal: a Long Range Rocket Launcher System (MLRS) which has been compared to the US High Mobility Artillery Rocket System (HIMARS).

The new MLRS was first revealed to the public during China’s National Day parade in October 2019. Beijing reportedly tested the new weapon for the first time in mid-July, according to Chinese state broadcaster CCTV, which reports. said the MLRS had fired rockets into a high altitude area.

The weapon was reportedly used again during military exercises around Taiwan in recent days.

Chinese CCTV footage was posted on Twitter last week by Lyle Goldstein, director of Asian Engagement at the defense priorities think tank, who said the footage showed MLRS firing rockets into the strait from Taiwan on August 4th. Goldstein called the guns a “game”. changer.”

China’s new MLRS reportedly being tested in the Taiwan Strait has been compared to the US HIMARS missile system. Above, a US soldier inspects an M142 High Mobility Artillery Rocket System (HIMARS) launcher vehicle during the “African Lion” military exercise in southeastern Morocco on June 9, 2021. FADEL SENNA/AFP via Getty Images

A correspondent for the South China Morning Post, a Hong Kong-based English-language newspaper, responded to Goldstein’s tweet by calling MLRS a “Chinese version” of HIMARS.

But how does the Chinese MLRS compare to the American HIMARS?

Military Watch Magazine military experts say China’s new MLRS is “one of the heaviest in the world with a range rivaled only by its North Korean counterpart, the KN-25.”

Capable of firing both rockets and ballistic missiles, the new hardware, named Type PCL-191, part of China’s Weishi series, has a platform that can carry up to eight 370mm rockets capable to reach 217 miles, a significant extension of the previous Beijing. firing range and, according to experts, an improvement in its precision striking capabilities.

It can also be used as a launcher for two 750mm “Fire Dragon 480” tactical ballistic missiles with ranges of 310 miles. The US HIMARS, meanwhile, can carry six GPS-guided missiles, which can be fired at targets over 185 miles away.

“However, the Chinese Weishi family seems to be quite versatile,” she added. “For example, the WS-2C and 2D have a range of 220 miles and 250 miles respectively; the latter can also launch UAVs.”

“Drones have an anti-radar feature, which is useful in countering adversary air defences. Rockets can have a variety of different warheads ranging from anti-personnel to armor-piercing dual-purpose – as it appears China does not not face the same legal constraints as the United States,” said Marion.

Despite the apparent similarities, the defense expert thinks we have to be careful when comparing the two systems.

“The Chinese system that has been mentioned in the news is allegedly the WS-2D MLRS, which is considered the most advanced,” she said.

“Certainly, in terms of range, it would exceed that of the M142. Of course, there are also factors such as supply and maintenance…how much WS-2D requires compared to HIMARS; how fast it can reload undetected (this is where HIMARS is probably superior) and, most importantly, where and for what purpose it should be deployed For China’s needs, WS-2D with its 400 km range is much more useful than a HIMARS system would be.

Compared to MLRS launchers, HIMARS have a key and well-known difference, as Mirion mentioned: the missiles can be reloaded in about a minute with a small team consisting of only a driver, a gunner and a throwing section leader, allowing troops to move quickly after firing. .

But another important difference between the American HIMARS and the Chinese MLRS is that, although we know for sure what the capabilities and power of the weapons produced in the United States are, we do not yet know how reliable the Chinese system is. and precise.

We also do not know how many of these MLRS Beijing can already count in its arsenal, while we know that the USA has several hundred HIMARS.

US-supplied HIMARS are currently being used during the war in Ukraine to help Kyiv troops push back the Moscow army in the Donbass region.

Both systems (specifically HIMARS and some Weishi variants) are similar to the Russian BM-30 Smerch, with a firing range of up to 56 miles, Mirion said.

Face the reality of the UK energy crisis