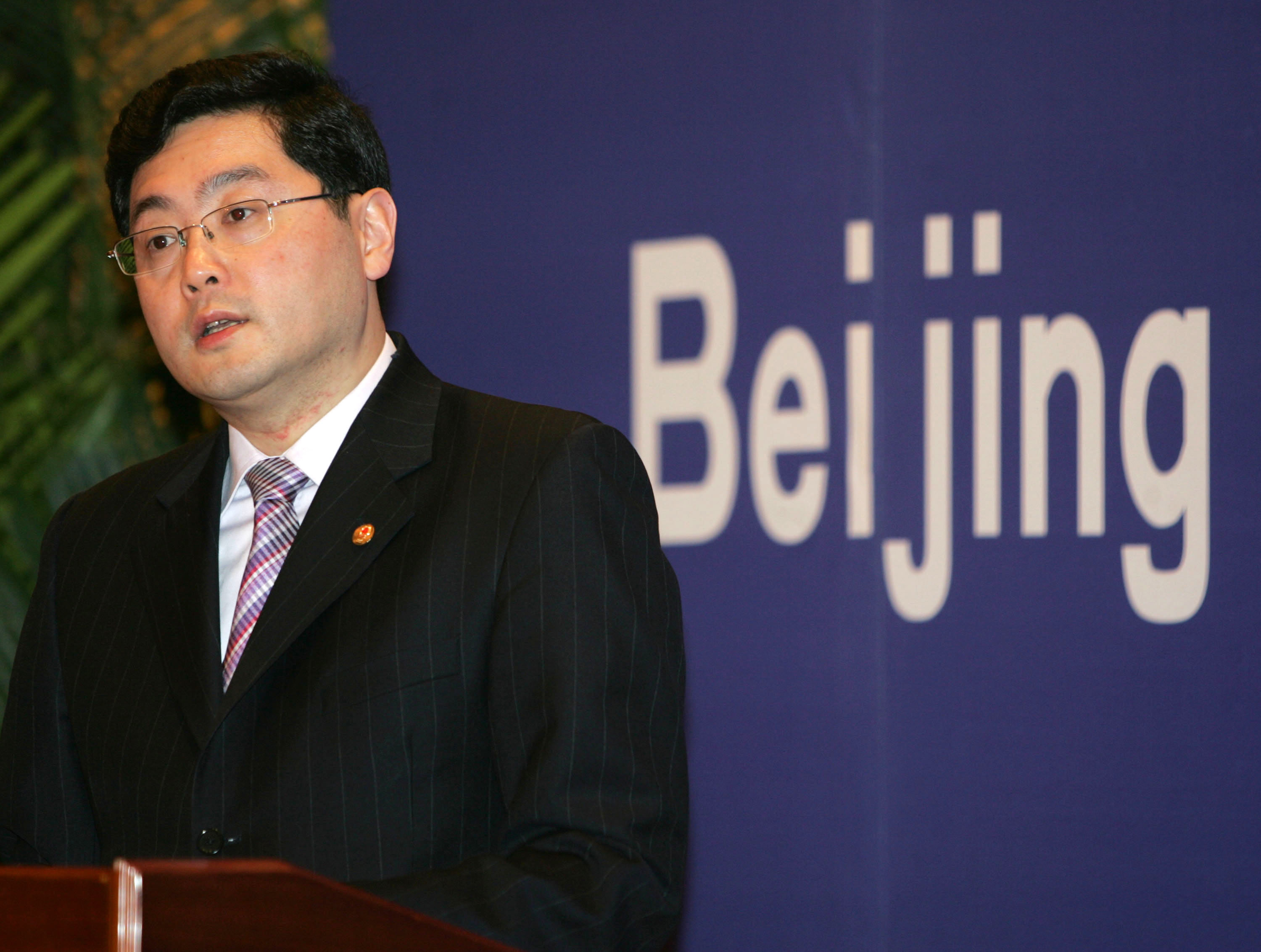 The ambassador further indicated that Beijing has no immediate plans to reverse its suspension of US-China cooperation imposed earlier this month in retaliation for Pelosis’ visit.

China’s anger over the visit came at a cost. China’s foreign ministry responded to the visit by canceling upcoming military-to-military talks and suspending joint efforts to address the climate crisis and China’s role in the opioid crisis in the United States. Qin said the responsibility for repairing damage to bilateral relations rests solely with Washington.

Chinese leaders in Beijing and spokespersons abroad insist that all friction in US-China relations is the fault of the United States. According to the Chinese Communist Party’s narrative, all will be well if the United States and all other countries reflect on their mistakes, said Robert Daly, director of the Kissinger Institute on China and the United States at the Wilson Center. Beijing’s spokespersons cannot engage in a real discussion; they can only rant that they are not so much wolf warriors as one-trick ponies.

Qins’ briefing was a long screed on perceived U.S. transgressions against Chinese sovereignty over which he expressed personal frustration at the failure of Chinese diplomatic interventions to prevent Pelosis’ trip to Taiwan.

I have tried every means through every possible channel to prevent [Pelosis visit] to happen, Qin said. To resume [normal relations] I want the United States to reflect on its bad behavior in Taiwan, reflect on the true one-China policy, and refrain from doing anything to escalate tensions.

Qin’s expression of personal resentment at the limits of his diplomatic influence reflects his dismay that his best efforts to derail Pelosi’s trip, backed by the Chinese Foreign Ministry’s insistence that the US executive has responsibility to stop such a visit, have failed. This suggests a willful ignorance of the separation of powers between the executive and the US legislature that has made such intervention impossible.

There’s a sense of frustration beyond words [in the Chinese embassy] how could [Pelosi] just don’t listen to any of the things we said and how could the Biden administration not stop it? said Yun Sun, director of the China program at the Stimson Center.

While sparing no anger about Pelosi’s visit, Qin mostly shrugged his shoulders during the visit of a bipartisan, five-person congressional delegation to Taiwan led by Sen. Ed Markey (D-Mass). Qin limited his criticism of this trip by calling it provocative and unnecessary. But he sounded a more ominous note when he suggested that future routine transits of the Taiwan Strait by US naval forces could provoke a response from the People’s Liberation Army.

We noted what the US military said about US military exercises and navigation [in the Taiwan Strait], but I call on the United States to refrain and exercise restraint and do nothing to escalate tensions, Qin said. If there are attempts to violate China’s territorial integrity, China will react.

This warning is notable given China’s unilateral declaration in June that it had sovereignty over the entire Taiwan Strait.

Kurt Campbell, the Indo-Pacific coordinator of the National Security Councils, announced on Friday that US naval units will conduct freedom of navigation exercises in the strait in the coming weeks.

This saber rattling comes alongside ongoing Chinese preparations for an in-person meeting between President Joe Biden and Chinese President Xi Jinping on the sidelines of the G-20 meeting in Bali, Indonesia in November.

The Chinese have already sent a delegation to Indonesia to prepare the ground for the summit, so at least on the Chinese calendar, this summit is taking place, Sun said. I suspect that below the surface, working-level communication on this leadership summit is underway as we speak.

Qin denied knowledge of such preparations. On a possible summit between two presidents, I have no idea at the moment and I have no information to share with you, Qin said.

Congressional delegations to Taiwan are expected to continue over the next few months, sparking more performative rage from Beijing and its diplomatic representatives. That means the tone of U.S.-China relations is unlikely to soften anytime soon, barring a breakthrough at the upcoming Biden-Xi in-person talks in Bali in November.

I don’t foresee any deviation from this position with Beijing in the coming months, nor does it seem likely that the Biden administration will do anything that could be construed as a concession by the Chinese or a sign of weakness in Washington, said Aaron Friedberg, former assistant assistant for national security affairs in the vice president’s office and professor of politics and international affairs at Princeton University.

The administration is likely particularly touchy in this regard as it appeared to back down from Chinese warnings ahead of Pelosis’s visit, making it known publicly that it opposed the trip and apparently doing everything possible to try to reassure Beijing with a president. phone call, Friedberg added.