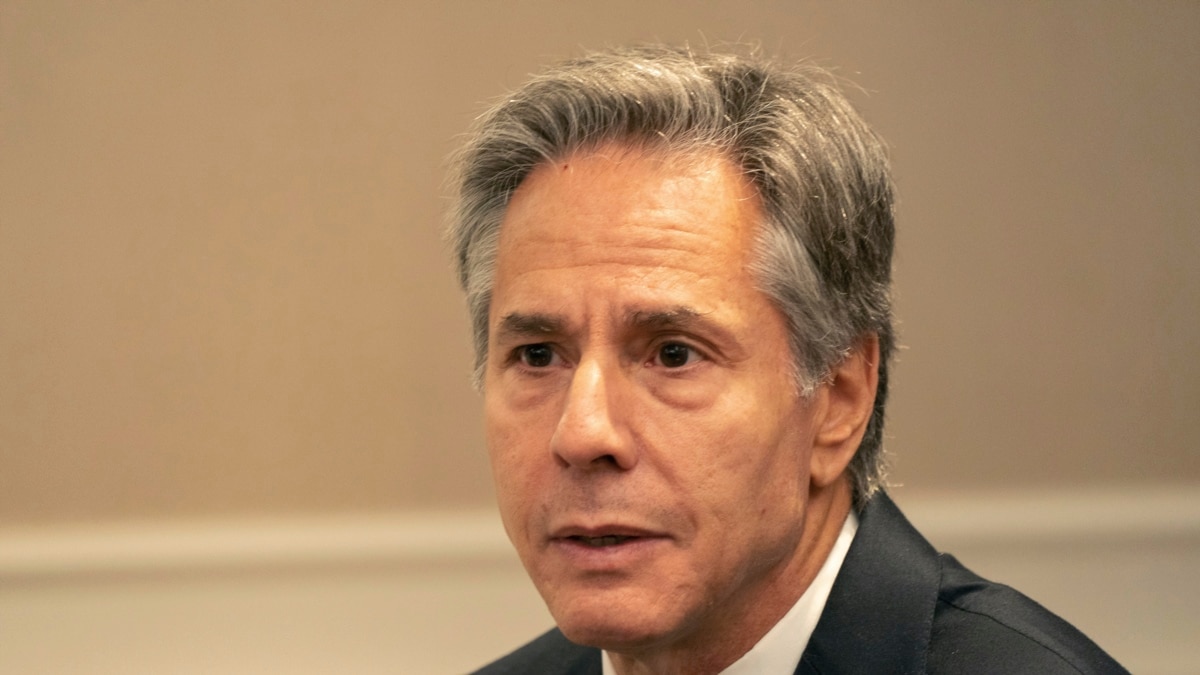 US Secretary of State Antony Blinken said the United States had made it clear publicly and privately to Russia that talks about nuclear weapons in the Ukraine conflict should be halted after Russian President Vladimir Putin’s statement that which he would use all means to defend Russia.

It’s very important that Moscow hears us and knows that the consequences would be horrific, and we made that very clear, Blinken told CBS News’ 60 Minutes in an interview that aired Sunday night.

Blinken said the use of nuclear weapons would have catastrophic effects for, of course, the country using them, but also for many others.

The US response came after Putin signaled the possibility of a nuclear attack last week as he called up 300,000 military reservists to help Russia fight in its seven-month invasion of Ukraine. The troop increase came after Russian battlefield setbacks, with kyiv forces retaking large swaths of territory in northeastern Ukraine that Russia had seized in the early weeks of the war.

The UK Ministry of Defense said on Monday that the first of the convocations had started arriving at military bases, but that Russia was facing administrative and logistical challenges in training those troops.

Most recruited soldiers will not have had military experience for a few years, the ministry said. The lack of military trainers and the haste with which Russia has begun mobilization suggest that many of the recruited troops will deploy to the frontline with minimal relevant preparation. They are likely to experience a high attrition rate.

Protests against the appeal

Widespread protests against Putin’s call for troops have erupted in Russia, with police arresting hundreds of protesters taking part in street demonstrations in Moscow and elsewhere.

In Russia’s Siberia region on Monday, a 25-year-old man shot and killed a military commander at a recruiting center, the local governor said.

Many men opposed to Putin’s war or fearing being killed at the front abruptly fled Russia on flights to other countries, while others joined long lines of cars on overland roads heading Russian borders with Finland, Georgia and other countries.

Russia is holding five days of disputed referendums in four regions of Ukraine it fully or partially controls, votes where it assumes local residents will support Russian annexation, giving Moscow a pretext to defend the newly claimed territory. In some cases, Russian soldiers went door to door ordering Ukrainians to vote at gunpoint.

But Ukraine, the United States and other Western allies call the referendums sham votes with no legal consequences. Any Russian annexation of Ukrainian lands would not be recognized globally.

These so-called elections are a sham, period, Blinken told CBS. They come in, they set up puppet governments, local governments, and then they have a vote, which they will manipulate anyway to try to declare the territory Russian territory. It’s not. It will never be recognized as such. And the Ukrainians have every right to take it back.

Fears are high that Moscow could close the borders to men of military age after the end of referendums in Ukraine to stem the mass exodus.

A State Department official said Putin gave the United States and its allies a gift last week by carrying out nuclear attacks, calling for troop mobilization and announcing referendums while states United were at the United Nations to talk about sovereignty and international peace and security. The official said Russia could not have timed it better to highlight the serious offenses Russia is committing against Ukraine and the international order.

At a commemoration of the International Day for the Total Eradication of Nuclear Weapons in New York, UN Secretary-General Antonio Guterres said on Monday that nuclear weapons do not offer security, just bloodshed and chaos and declared that their elimination would be the greatest gift humanity could offer. future generations.

Let’s be clear: the era of nuclear blackmail must end, said António Guterres. The idea that any country can fight and win a nuclear war is unreasonable. Any use of a nuclear weapon would incite a humanitarian Armageddon. We need to take a step back.

The Russians can cut off their electricity and won’t give them the chance to live a normal human life, Zelenskyy said. They force people, they throw them in jail. They force them to come to these pseudo-referendums. And also, they also announced the mobilization [of 300,000 reservists.] They force people to fight, people from temporarily occupied territories.

But Zelenskyy said: There is no support in society for this referendum.

The Ukrainian leader said the referendums are a very dangerous signal from Putin that he has no intention of ending the war.

He knows he is losing the war, Zelenskyy said. On the battlefield, Ukraine has taken the initiative. He can’t explain to his company why, and he’s looking for answers to those questions.

While the West and Ukraine say the vote is almost certainly predestined to favor Russian annexation, Zelenskyy said Moscow will then say, “Now it’s the West attacking Russia.” Now the West is attacking our territories. We have to let the society join Russia, the society that wanted to be with Russia.

Zelenskyy said a Russian nuclear attack on Ukraine could be a reality. He wants to scare the whole world. These are the first steps of his nuclear blackmail. I don’t think he’s bluffing.

But Zelenskyy added, I think the world is deterring him and containing this threat. We have to keep putting pressure on him and not allow him to continue.

He concluded, I think the military strategy of Russia’s military and political leadership has not changed: its occupation of our country. And of course they want to destabilize our country from within.

He said that Ukrainians are united against Putin, even more united than ever, in the 31 years of our independence from the Soviet Union.

So he goes out of his way to destabilize our country to make sure it was weaker. And for that he wants to divide us of course, I am one of the targets, of course, that goes without saying, Zelenskyy said. It’s not because of my personality, just because… because the president is a leader of his country.

Some information for this story comes from The Associated Press, Agence France-Presse and Reuters.