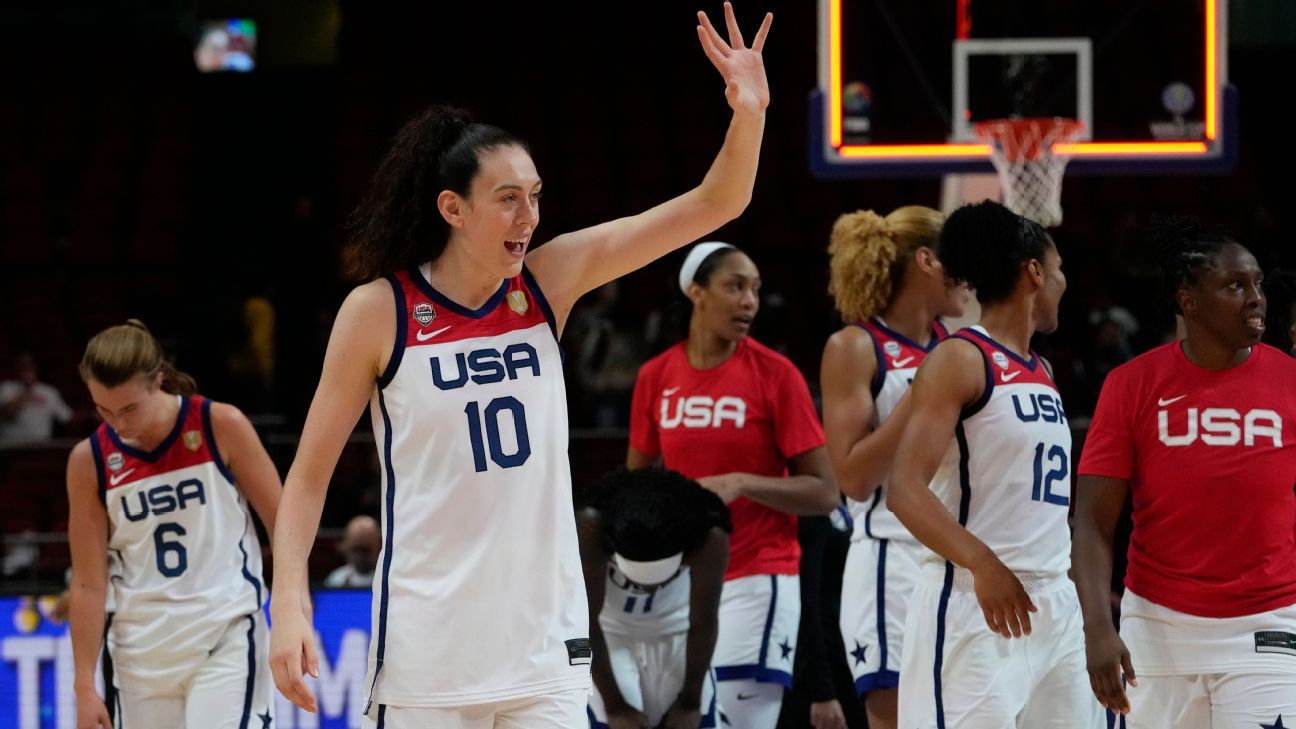 SYDNEY – There has been a long legacy of success for the USA women’s basketball team at the World Cup.

The names change over time, but the results don’t seem to.

It is the 27th straight World Cup victory for the Americans, who have not lost since the 2006 semi-finals against Russia. The United States had won 26 games in a row from 1994 to 2006 before this game. The Soviet Union holds the World Cup record with 56 consecutive victories from 1959 to 1986.

“It’s pretty amazing,” said Breanna Stewart, who has been in the last three World Cup squads. It shows that no matter who plays on USA Basketball, we always strive for excellence.

“That streak doesn’t mean much right now because we’re going into the quarter-finals and our focus is on winning a gold medal, but it’s something to hang your hat on later. .”

What started with Sue Bird, Diana Taurasi and Sylvia Fowles has now been passed down to Stewart and A’ja Wilson – a legacy of excellence that doesn’t look like it will end anytime soon.

“Players change and, you know, there was a lot of worry about who was going to be next,” USA coach Cheryl Reeve said. “It was a concern when Dawn Staley and Lisa Leslie were playing and who was going to be next. Then it was Sue and [Taurasi] and then other great players too. Now with this group they say, hey, we’re pretty good too.

After going undefeated again in pool, the United States have not lost a match before the semi-finals since 1983.

“We know the responsibility when you put on that jersey. There’s a lot more to it than yourself,” Plum said. “Everyone puts pride aside. We have a common goal. We have incredible players in this team.”

“It shows that no matter who plays at USA Basketball, we always strive for excellence,” Breanna Stewart said of the Americans winning their 27th straight World Cup match. They haven’t lost since the 2006 semi-finals against Russia. Marc Baker/AP

The Americans (5-0) won their pool matches by an average of 46.2 points and never trailed in any of them. Now they will wait to see who they shoot in the quarter-finals.

The United States were emerging from a rout of South Korea in which the team broke the World Cup points record with 145. Although the Americans did not match that number on Tuesday, they did put the game away in the first 10 minutes, going up 33-15.

The lead increased to 63-31 at halftime. Bosnia and Herzegovina had a short run to start the third quarter, but the United States scored the last 19 points of the period.

Once again the Americans used a dominating interior performance, beating Bosnia and Herzegovina 84-28 in the paint, led by Wilson, Stewart and Brionna Jones.

“It’s a huge part of who we are,” Reeve said. “Ninety-what we had yesterday and 84 today; we just know what we’re good at, and we have players who really understand their opportunities for that.

The United States was missing Jewell Loyd, who the team said was resting. Kahleah Copper started in his place and finished with 11 points.

Nikolina Elez scored 19 points to lead the Bosnians (0-5), who were playing in their first World Cup.