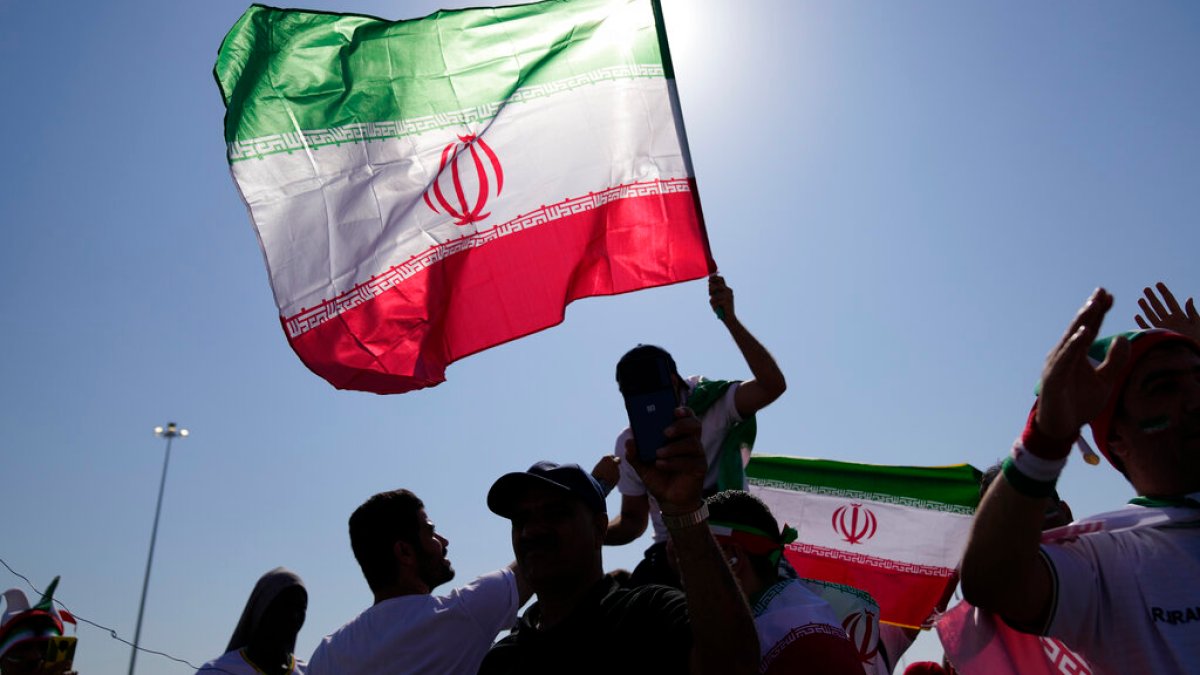 The Iranian football federation said it had filed a complaint with FIFA over the removal of the word Allah from the flag of the Islamic Republics on social media by its American counterpart, ahead of an upcoming World Cup match between the two countries.

In an unprofessional act, the US Soccer Federation’s Instagram page removed the Allah symbol from the Iranian flag, state news agency IRNA reported on Sunday.

The Iranian Football Federation has sent an email to FIFA asking them to issue a serious warning to the American federation, she added.

There was no immediate public response from world soccer’s governing body to the reported complaint, which came as the United States prepare to face Iran in a decisive FIFA World Cup match. world on Tuesday, a game already weighed down by decades of enmity between the countries.

The United States and Iran severed diplomatic relations in 1980.

Demonstration in support of protests in Iran

The United States Soccer Federation (USSF) said in a statement on Sunday morning that it has decided to drop the official flag on social media accounts in a show of solidarity with women in Iran fighting for basic human rights. following the death of 22 Mahsa Amini, an Iranian girl under the age of one, in police custody.

The US men’s team Twitter account displayed a banner with the teams’ group stage matches, with the Iranian flag sporting only its green, white and red colors. The same was seen in a post on his Facebook and Instagram accounts outlining the total points so far in his group.

By Sunday afternoon, the normal flag with the emblem had been restored to the Twitter banner, and Facebook and Instagram posts with the modified flag had been removed.

We wanted to show our support for women in Iran with our graphic for 24 hours, the federation said.

The United Nations says more than 300 people have been killed in the crackdown on protests that erupted over Aminis’ death in September, and some 14,000 have been arrested, including children. Iran has accused the United States and other foreign states of fomenting the protests, without providing evidence.

Iran’s Tasnim news agency said on Twitter that the US team violated FIFA’s charter, for which a 10-game ban is the appropriate punishment.

The American team should be expelled from the World Cup, he added.

By posting a distorted image of the Islamic Republic of #Iran’s flag on its official account, the #US football team violated the @FIFAcom charter, for which a 10-game suspension is the appropriate penalty. The #USA team should be kicked out of the #WorldCup2022 pic.twitter.com/c8I4i4z3Tv

FIFA is not expected to take such action.

Meanwhile, both nations’ prospects on the pitch at the World Cup remain thinly posed.

Iran’s dramatic 2-0 victory over Wales and the US sides’ tense stalemate against England on Friday set up a tantalizing final round of Group B fixtures.

England, top with four points, will face Wales at the bottom, meaning the Iran-USA contest will decide which team advances to the knockout stages.

The highly anticipated encounter is a rematch of the 1998 World Cup group stage, dubbed the mother of all games, which Iran won 2-1. In a symbolic moment before this match at Lyon Stade Gerland, the Iranian players offered white roses, a symbol of peace in the country, to their American opponents.