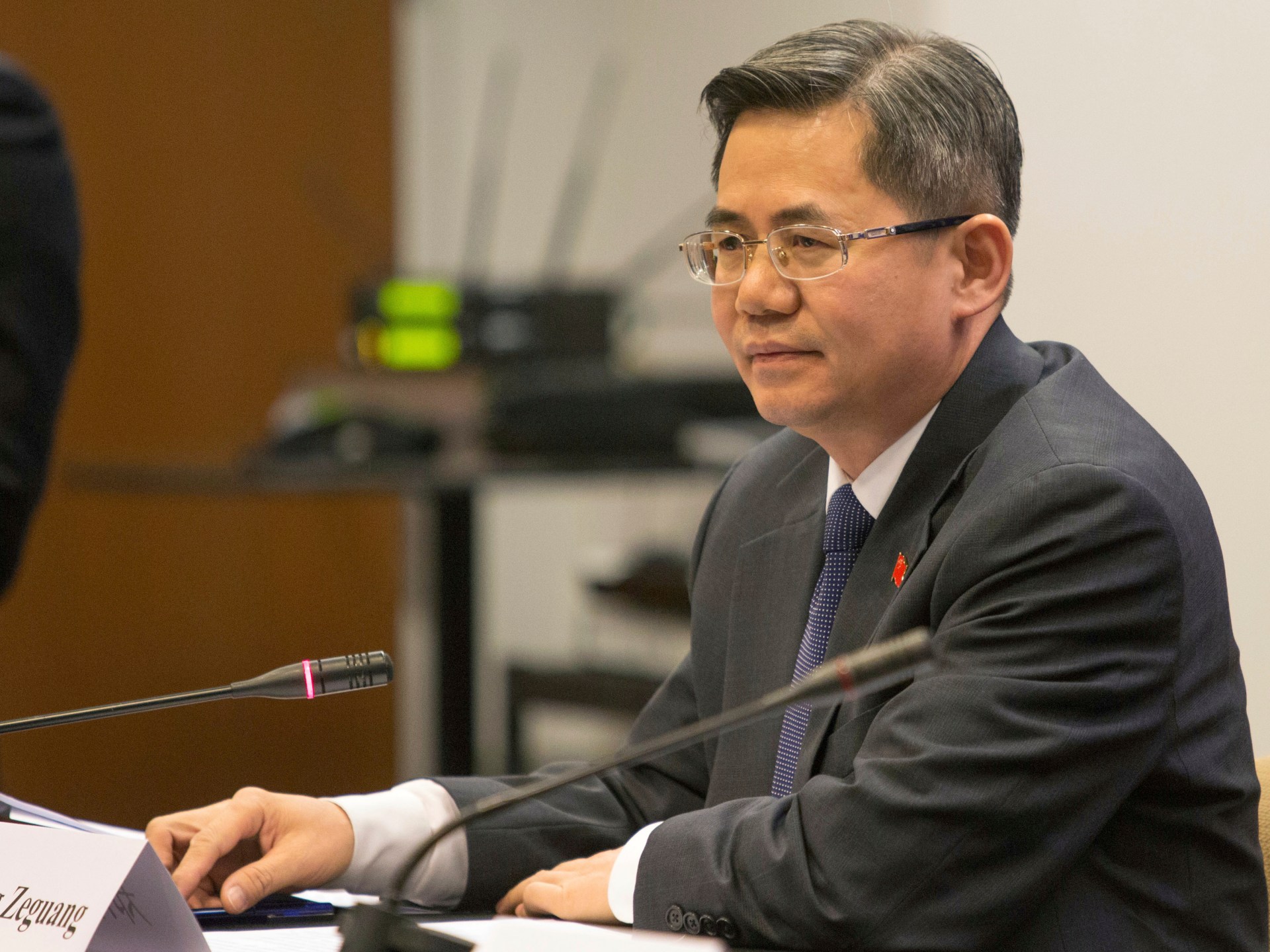 The British Foreign Office reprimands Zheng Zeguang after Ed Lawrence is arrested in Shanghai and charged with assault.

Britain has summoned and reprimanded the Chinese ambassador in London for the arrest and assault of a BBC journalist who was covering protests against Beijing’s zero-coronavirus policy.

Zheng Zeguang was called to the foreign ministry on Tuesday after the Ed Lawrence incident in Shanghai, which Foreign Secretary James Cleverley said was deeply disturbing.

Cleverly confirmed to reporters at a NATO meeting in Romania that Zheng had been summoned, telling reporters it was very important to protect freedom of speech.

The foreign minister said it was very important that journalists be able to do their jobs unhindered and without fear of attack.

Lawrence was pulled over by police on Sunday evening while filming a protest against COVID restrictions, one of many protests that have rocked China recently.

The BBC said he was assaulted by police before being released hours later.

China struck back on Downing Streets with British criticism of the treatment of journalists and urging police to show respect for COVID protesters.

A British embassy spokesperson said the British side was in no position to pass judgment on China’s COVID policy or other internal matters, noting Britain’s high epidemic death rate before Zheng’s summons.

The London government this month expressed concern over reports that Beijing was running undeclared police outposts in foreign countries, including Britain.

A senior Chinese diplomat was summoned to the Foreign Office last month after colleagues at his consulate in Manchester, England, were accused of beating pro-democracy protesters in Hong Kong.

These incidents have increased political pressure on the new government, led by Prime Minister Rishi Sunak, to stand tough with China.

But Sunak straddles the fine line between defending freedom and antagonizing the world’s second-largest economy.

In a speech on Monday, he described the end of the golden age of Britain-China relations declared by former Prime Minister David Cameron.

But Sunak also called for strong pragmatism when dealing with British rivals, disappointing critics who hoped he would go the extra mile to face Beijing.

Changes on the business front

Separately on Tuesday, the UK has now excluded Chinese nuclear company CGN from construction of the new Sizewell C nuclear power plant, which will only be built with French commercial partner EDF.

The week before, the Chinese firm was ordered to sell a majority stake in Newport Wafer Fab, the UK’s largest semiconductor manufacturer.

A spokesperson for Sunak declined to comment on whether national security factors drove the decision on CGN.

But he told reporters: Certainly we think it’s right for the UK to have more energy security and energy independence.

Anti-regime protests threaten World Cup game between US and Iran