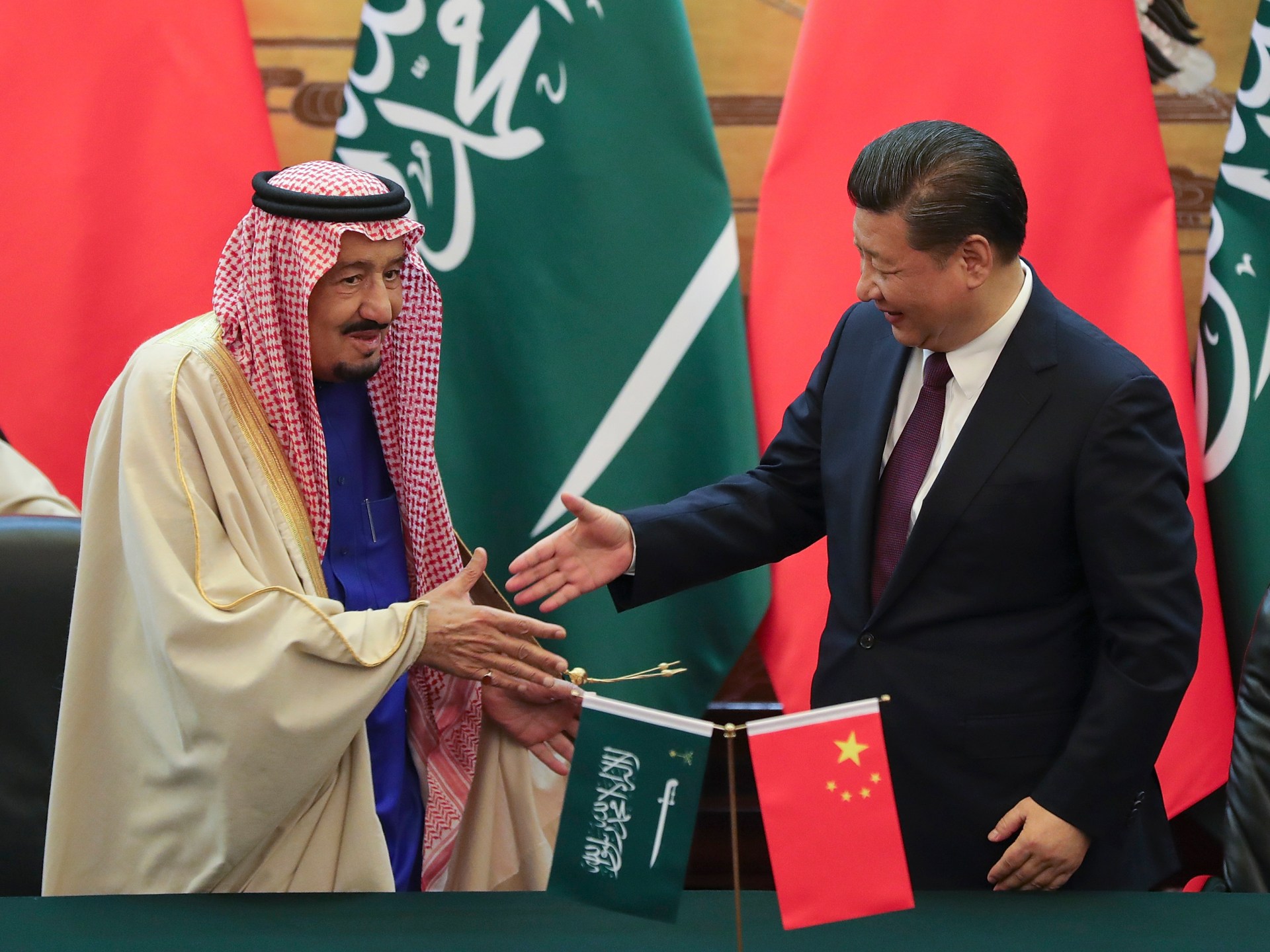 China is Saudi Arabia’s biggest trading partner, and the kingdom is China’s biggest oil supplier, so it’s normal for their leaders to meet and talk.

But these are not normal times.

Even before President Xi Jinping set foot on Saudi soil, there was talk of stepping on Washington’s toes and interfering in a US sphere of influence.

Indeed, during his visit to Riyadh only five months ago, US President Joe Bidentold affirmed at the Arab leaders summit that the United States will not leave the Middle East to leave a vacuum to be filled by China, Russia or Iran. Biden also tried to assure his allies that the humiliating US withdrawal from Afghanistan last year will in fact free up more resources for his long stay in the Gulf and the wider region.

But that hasn’t deterred Xi or his hosts from holding, in addition to a bilateral summit, separate summits with Arab states and the Gulf Cooperation Council (GCC) during the Chinese presidents’ visit to Riyadh from December 7 to 9. To add salt to the wound, they might even go the extra mile to make the summits seem more prestigious than those held for Biden.

Why? Well, because US-Saudi relations, like US-China relations, have been strained despite US attempts to maintain the appearance of constructive engagement.

Riyadh and Beijing are tired of Washington pressuring them to take its side against Russia in Ukraine and preach good and evil in their own ways in the rules-based international system imposed by the West. It all seems to have brought them closer.

A younger generation of Gulf leaders are showing more agency as they seek greater independence from Washington to diversify their partnerships in energy, technology and security. China is a natural partner for them: it seeks reliable energy sources and markets for its goods and services, and puts development and trade ahead of democracy and human rights.

Some, if not most, of these Gulf leaders oppose Bidens’ attempts to revive the Iran nuclear deal and his politicization of human rights issues. Earlier this year, the GCC even expressed support for China’s controversial policies toward its Muslim Uyghurs, which have been condemned by the United States and others.

In 2021, the Biden administration snubbed Saudi Arabia because of its poor human rights record and because it could afford it, with excess oil and gas on world markets. Western countries were also optimistic about the transition from fossil fuels to green energy.

But the Russian invasion of Ukraine earlier this year changed everything. The United States and its European allies suddenly found themselves facing oil and gas shortages or higher prices that hurt their economic recovery from the pandemic. Alas, moving away from fossil fuels will prove difficult and time-consuming.

Bidens’ attempt to appease the Saudis in hopes of lowering oil prices before the US midterm elections failed miserably, as the de facto Saudi-led OPEC refused to raise oil. oil production.

Other Western leaders have also tried their hand, with German Chancellor Olaf Scholz landing in the Gulf region in hopes of finding a substitute for Russian oil and gas. But China was ahead of them, signing tens of billions of dollars in bidding contracts, although Europe is also signing energy deals with the region’s monarchies.

Yet while energy has been at the heart of the new Gulf rush, US frustration is not just about oil and gas contracts. Unlike fun and friendly golf scrambling, Gulf scrambling can be fierce and furious.

Biden’s frantic if not desperate attempt to shore up America’s waning authority in one of his most important spheres of influence is driven by fears that China is willing and able to fill the void that America could leave in the region and beyond.

After all, the US pivot to Asia to contain the rise of China came at a time when Beijing is increasingly focusing its attention on the Gulf and the Middle East, to secure more trade and investment than never before.

Beijing has established a naval base in Djibouti, deployed a flotilla to the Persian Gulf and entered into strategic partnerships with Algeria, Egypt, the United Arab Emirates and Iran. He also organized massive naval exercises with Russia and Iran.

Unlike the energy-guzzling United States, China needs the Gulf region to provide it with the oil and gas resources it needs to sustain and strengthen its economic growth and military machine and become a global power.

And that is precisely what irritates Washington. As a status quo superpower, America has dominated the region for decades, whether through soft or hard power, including costly military interventions since the 1980 Carter Doctrine stipulated that the United States would use military force, if necessary, to defend their national interests in Persia. Gulf.

There is no question of sharing all this with what he considers to be a revisionist Asian power that seeks to reshape the international order. After Team USA pulled out of the World Cup in Qatar, a popular joke on social media sardonically observed that it was the fastest the United States had ever left the Middle East.

Washington will insist on having a say in the shape and form of GCC-China relations, which is bound to create new diplomatic, even geopolitical tensions. But as I wrote last year, the jury is still out on Beijing revisionism.

Unlike the Soviet Union, China is deeply integrated into the Western-led international system and does not seek to dominate the world through an alternative global ideology, even though it insists on co-writing the principles of a new world order as an equal partner.

And as Scholz writes in the next issue of Foreign Affairs: China’s rise does not justify isolating Beijing or stifling cooperation. But China’s growing power also does not justify claims of hegemony in Asia and beyond. No country is another’s backyard and this applies as much to Europe as it does to Asia and all other regions.

Alas, history tells us that a rising power and a dominant power are doomed to a costly collision. But history also teaches us to learn from history; to see that accommodation and integration prevail over collusion and confrontation.

With more than its share of conflicts and wars, no region knows this better than the Middle East.