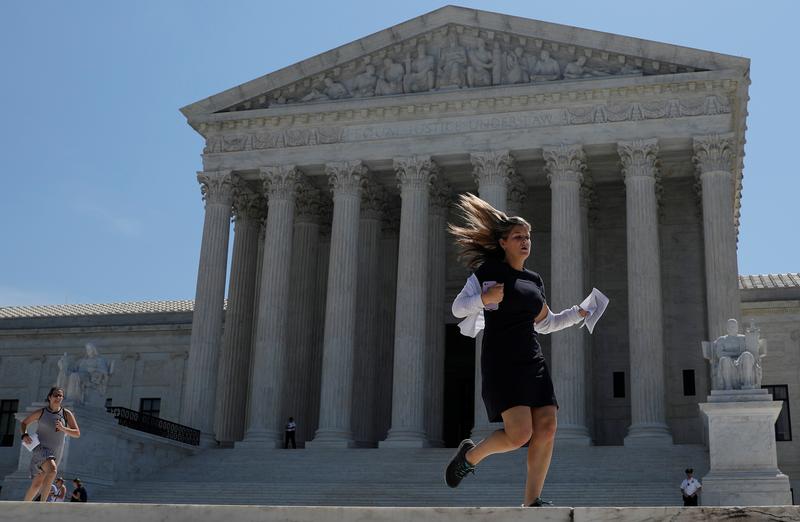 Press assistants ran to the U.S. Supreme Court after the court ruled that U.S. President Donald Trump’s administration failed to provide an adequate explanation for its plan to add a citizenship question to the census of 2020, bringing victory to New York State and others challenging the proposal in Washington, United States, June 27, 2019. REUTERS / Carlos Barria

The court, likely to soon have a Conservative 6-3 majority if the Republican-controlled Senate confirms Trump’s candidate Amy Coney Barrett, will hear the case on November 30.

The challengers of the July Trump directive, including various New York-led states, cities, counties and immigrant rights groups, said it could leave several million people without count and result in the loss of seats of California, Texas and New Jersey in the US House of Representatives.

Trump is seeking to reallocate political power between states and weaken the political influence of states with a larger population of undocumented immigrants, the challengers said in a court filing.

They alleged that the policy could also deter people from taking the census and argued that it violated both the Constitution and the Census Act, a federal law that describes how the census is conducted.

A panel of three judges spoke out against the administration in September.

The US Constitution guarantees that the distribution of seats in the House of Representatives is based on the total number of people in each state. The number of the population is derived from the census, which takes place every 10 years.

By statute, the president sends Congress a report in early January with the population of each state and the number of its authorized representatives. A decision in the case could be expected before the report deadline.

Once states have been allocated the districts, the states themselves draw the districts, which will be used first in the legislative elections of 2022.

The census itself does not collect data on citizenship or immigration status. The Trump administration would base its numbers on data collected elsewhere.

On October 14, the Supreme Court authorized the Trump administration to reduce the population count for the census at the start of a blow to civil rights activists who said it could lead to undercounting of minorities racial.

Efforts to get an accurate census count have been hampered by the coronavirus pandemic, which has limited the ability of workers to follow up in person with those who did not respond to the survey.

Census data is also used to allocate billions of dollars per year in federal funding.

Reporting by Lawrence Hurley in Washington and Andrew Chung in New York; Editing by Leslie Adler and Daniel Wallis

What are the nine forms of the goddess Durga