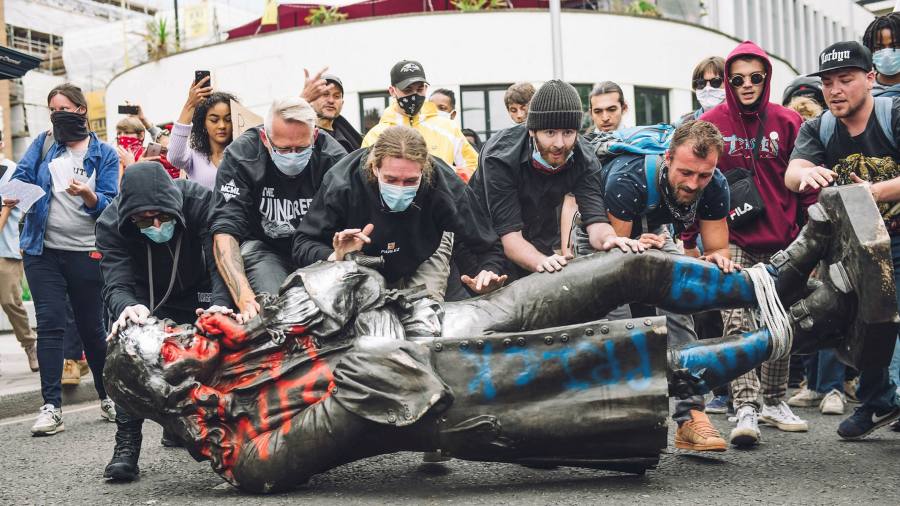 It’s not offensive to the current British cabinet ministers, but we can’t trace what they support. They advocated austerity and did anti-austerity. They were both Chin and anti-Trump. They went against customs checks in the Irish Sea and accepted naively.

That’s why it helps to hear that Education Minister Gavin Williamson and Prime Minister Boris Johnson strongly believe in free speech. They will enshrine the university’s promise of freedom of speech in law, which means that it will take at least several months before they threaten to break it.

Remember: Williamson was fired as Secretary of Defense after being accused of leaking confidential discussions about Huawei. You can’t get more pro free speech than that. Even Voltaire would not defend the right to tell what happened to the National Security Council.

Johnson is also a standard holder for freedom of speech. This week he unveiled a new anti-coronavirus drug at a televised press conference. “What’s the name of the drug again, Chris? . . . Toc- tociz- we will correct this. Toc. Is it Toxilumab? . . . Toc-tocilizumab.” I don’t know what it is, unless that’s the unrestrained expression John Stewart Mill had in mind.

In short, Johnson and Williamson are ideal for advocating freedom of expression. Or are they? As the policy report says, does this government really support “the broadest possible definition of expression”?

Last year it tried to stop historian Mary Beard from becoming the British Museum custodian because of her pro-EU views. Since then, the Interior Ministry has called the Black Lives Matter protests “terrible.” The Housing Minister has proposed a new law to prevent the “awakened value” of destroying the statue. Ministers argue that they do not want the protesters to erase history. But after the National Trust reported on the relationship between its property and the empire, the culture minister told the charity that “protect our culture and history from the noisy few activists trying to bring down Britain.”

Meanwhile, Williamson is proposing a “Press Freedom Champion” within the Office for Students watchdog. However, the government has just appointed a new OFS chairman, a former Tory member with no higher education experience. Independent Appointed Members have a selection panel[ed]“With a political alliance. If you’re serious about advocating freedom of speech on campus, you’re not doing it.

This is a shame because there is a problem with free speech. It is found in universities, businesses, and social media, and is centered around intolerance to the opposite view. You can support the rights of trans, and I still think the accusations of “transphobia” are too widely used to undermine some feminists’ credit. You can believe in structural racism and unconscious prejudice, and you can think that it’s the right thing for academia to question the robustness of these concepts.

Some argue that hearing such views threatens mental health and threatens rights. It is one thing that the presenter should not be allowed to speak about the incident because it promotes violence. It’s far more dangerous to say that some people shouldn’t listen because they feel less secure overall.

Universities, students, businesses and other institutions must defend their right to object. It really matters if freedom of speech has to rely on the support of Williamson and Johnson.