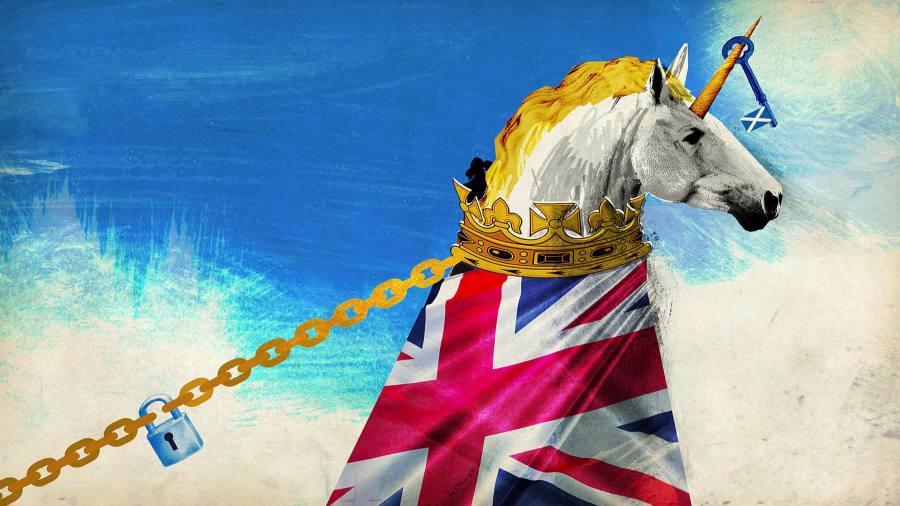 The author who has served as the head of the Downing Street Policy Department is a Harvard Senior Fellow.

Prime Minister Boris Johnson said this week that the Scottish succession was “absolutely not as a whole.” He tried to distance himself from leaked remarks when he told British lawmakers Tory in November that the succession was “Tony Blair’s biggest mistake”. But he was right at the time. Blair’s attempts to dismantle nationalism simply ignited. Johnson’s distortion shows how powerful nationalists have become.

As a half Scotsman, I sympathize with the desire to assert a distinct identity. However, I was disappointed to see how poorly the Federation was functioning during the pandemic. What should have worked to fight the virus across Britain has fallen into criticism and controversy, and the Wales and Scottish administrations insisted on a tighter lockdown policy, relying on financial aid from the central government of London.

With the Scottish Nationalist calling for a second referendum on independence if the Scottish National Party wins the May elections in Scotland, Johnson must decide if he has the courage to rewrite the constitutional agreement. When Britain is vulnerable in the world, the outlook for “global Britain” is collapsing.

Unless Scotland’s first minister, Nicola Sturgeon, derailed by an investigation into the government’s handling of complaints against her predecessor, Alex Salmond, she will be demanding a second referendum with a victory in May. Johnson plans to deny this request on the grounds that the 2014 referendum verdict will last for a generation. But Downing Street’s concern is that Sturgeon will conduct an advisory referendum anyway.

Some of those trying to preserve the federation are urging Westminster to appease nationalists as it appears to be more federal. This will make Scotland, Wales and Northern Ireland more equal partnerships and cooperate on shared issues. There is logic that throwing little bones didn’t calm the separatist enthusiasm, so a big proposal was needed. As former Prime Minister Gordon Brown pointed out, the principles of regionalism are sound. London’s excessive concentration of power hinders local authorities and elected mayors.

However, England will become an impractical alliance with roughly eight tenths of the population and a higher percentage of gross domestic product. This requires a regional division in England, which was rejected by voters under President Blair. It will be a recipe for more governments and bureaucrats, and it will be a way to reach out more for subsidies. Along with the additional frustration that models could make Scotland semi-independent without convening their own troops, making their own currency, or paying their own.

Apparently, Brexit changed the equation by encouraging independence and overcoming the Scottish desire to stay in the European Union. Johnson should call Sturgeon’s bluff on any advisory referendum because her allegations of violating previous SNP pledges will not be more important than the Catalan separatists who fell into Limbo due to the 2017 unconstitutional referendum. But there is something to be done.

One answer is to introduce a new coalition law: a much cleaner agreement with clear responsibilities. This would define the UK as a single country with appropriate transfer of authority and respect for the identity of each country.

But it will also reaffirm British identity and retain ultimate sovereignty in Westminster. Left-wing think tank Scottish Fabians proposed such an action with the merit of setting higher standards for referendums and limiting Downing Street’s ability to make temporary changes to suit them.

It takes time to determine the details of which issues are delegated and which issues are held. This can be done in the same way as the “national forum” proposed by Brown. Johnson has to bite the bullet. As a former mayor of London who has pushed the party’s policy on elected markets, he knows the UK is overly centralized. “I think the succession can work very well,” he said this week. “But it depends largely on what the delegated authorities do.”

Despite revealing the coalition’s separate nature, the epidemic also showed some of its benefits. The vaccine was invented and procured at the UK level using the weight of the UK government.

Johnson will never beat the nationalists. He gave them an ideal goal to perpetuate a myth that Britain doesn’t care about. But the SNP’s attack shows the emptiness of their case. Their claim that Scotland can thrive outside the Commonwealth is not convincing. No matter how high the SNP’s hopes that Scotland will join the EU smoothly and prosper after that, it may pay the economic price for withdrawal.

Westminster and the Conservatives have been sleepwalking in disaster for too long, moving away from the reality of succession. The late Workers’ House of Representatives Tam Dalyell once called the succession “a highway with no exit to Scotland.” Johnson should care as we get close to the last intersection. Now is the time to think big about a new and fair constitutional settlement, but in the end you shouldn’t succumb to the stunts, whose party might not exist forever.

Regional Australia cannot bear all the risk of quarantine