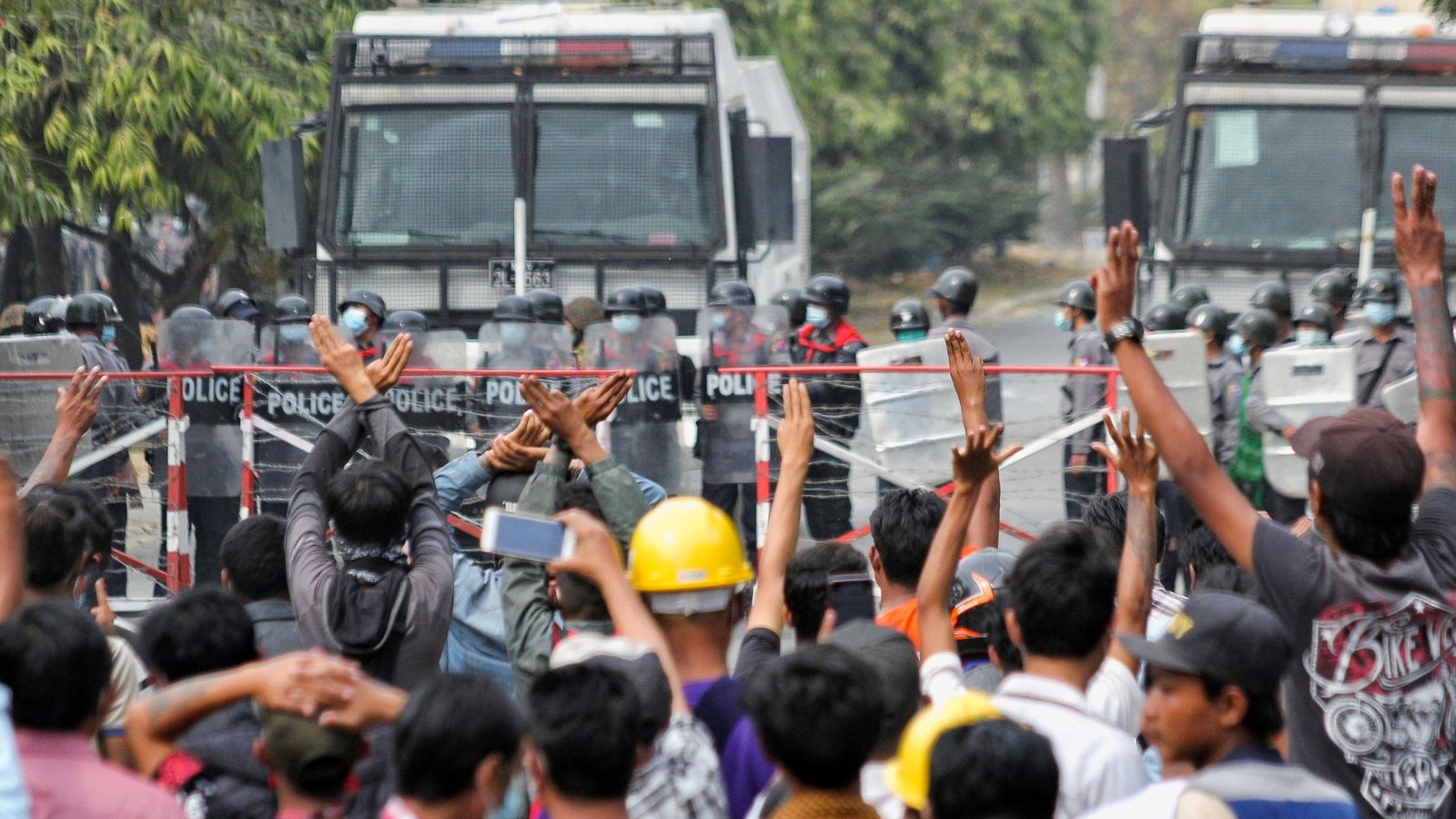 Foreign Minister Dominik Rab condemned the shooting of protesters in Myanmar as “beyond the pale”.

According to Ko Aung, head of Volunteer Emergency Services, Parahita Darhi, 20 people were injured during protests in the city.

Raab wrote on Twitter: “The shooting of peaceful protesters in Myanmar is not pale.

“We will, together with our international partners, consider further actions against those who break democracy and choke opposition.”

In early Mandalay, some protesters fired catapults at police and soldiers before the police responded with tear gas and shooting.

The first victim was unnamed, but the second was identified as Thet Naing Win, a 36-year-old carpenter.

Reuters quoted his wife, saying, “I haven’t participated in the movement yet, but now… I’m not scared now.”

Image: Mya Thwate Thwate Khaing was shot and killed in a protest before Friday.

Mya Thwate Thwate Khaing, 20, was shot in the head during a protest in the capital Naypyitaw and died a day after he died.

She was struck by a bullet on February 9 and was being put to life in the hospital, and was the first of the protesters to die.

The military said a policeman had died from an injury sustained in a protest.

Image: Protests continue after the coup in early February

The protests began in response to a military coup in early February, when soldiers took over the country, claiming that there was a “big disagreement” in the November elections.

Britain, the United States, Canada and New Zealand have issued restrictive sanctions, centered on the military leaders behind the coup.

Britain imposed sanctions on three generals who said they were responsible for serious human rights violations after the coup on Thursday.

Protesters have been calling for the restoration of the elected government and the abolition of the 2008 Constitution, which made the military play an important role in politics after decades of direct military rule in 2011.