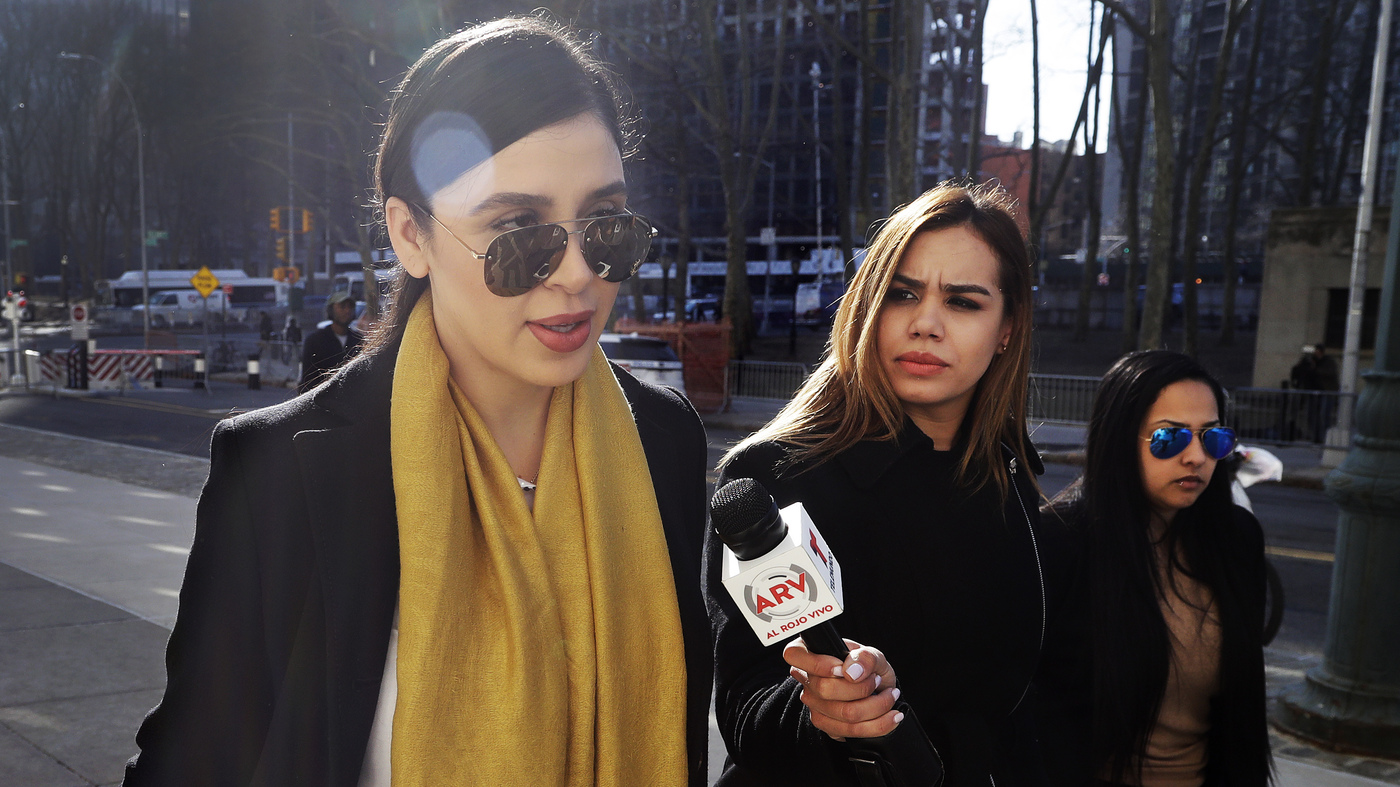 Emma Coronel Aispuro (far left), wife of Joaqun “El Chapo” Guzmn, faces multiple charges for her alleged involvement in the Sinaloa cartel drug trafficking while her husband sits in a US prison.

The wife of one of the world’s most famous drug pawns, Joaqun “El Chapo” Guzmn, was arrested Monday for allegedly helping her husband run his multi-billion dollar international drug cartel and for having assisted in his 2015 escape from a Mexican prison.

Emma Coronel Aispuro, 31, born in California and dual Mexican-American citizen, was arrested Monday at Washington Dulles International Airport. She faces charges for participating in a conspiracy to distribute cocaine, methamphetamine, heroin and marijuana for importation into the United States, according to the Department of Justice.

Investigators also believe that Coronel conspired with others to aid Guzmn in his July 11, 2015 escape from the Altiplano prison in Mexico and attempted to stage a second prison break a year later.

The arrest of Coronel is the latest development in the family saga of the Guzmn cartel. El Chapo was the head of the Sinaloa drug cartel for almost 30 years. Two prison escapes in Mexico helped solidify the legend surrounding Guzman and his family.

After Guzmn was re-arrested in Mexico in January 2016 after his first escape from prison, he was extradited to the United States in 2017. He was found guilty on ten counts in New York federal court in 2019 and is currently serving a life sentence.

Guzmn’s sons are also involved in drug trafficking. In October 2019, a massive shootout between armed cartel men and Mexican authorities broke out after government agents attempted to arrest one of Guzmn’s sons, Ovidio Guzmn Lpez, wanted in the United States for trafficking in drug.

He was arrested but later released after the cartel gunmen went on a rampage in the town of Culiacn, the state capital of Sinaloa on the Mexican Pacific coast, killing military troops and passers-by.

Coronel married Guzmn in 2007, when she was a teenager. She and Guzmn have two twin daughters together.

Her father, Ines Coronel Barreras, was a member of the Sinaloa cartel. He and his son, Ines Omar Coronel Aispuro, were arrested in Mexico in April 2013. Four years later, a Mexican court sentenced them to more than 10 years in prison for marijuana trafficking and firearms violations.

The FBI alleges Coronel played an active role in her husband’s affairs while he escaped arrest and while he was in jail.

According to court documents, from 2012 to 2014, Coronel relayed messages on behalf of Guzmn to support drug trafficking operations while her husband was in hiding from Mexican authorities. After her first arrest in 2014, she continued to pass on the messages she received from Guzmn when she visited him in prison.

A cooperative witness working with the US government provided details of the messages Coronel helped gather from Guzmn.

The unidentified witness told the FBI that Coronel, along with Guzmn’s four sons, worked together to facilitate his escape from the Altiplano through an underground tunnel.

This witness was instructed by the family to buy a warehouse near the Altiplano prison as well as guns and an armored truck before Guzmn’s first escape. This witness says that they met with the sons of Guzmn and Coronel to discuss this plan.

After Guzmn was captured again in 2016, this witness says Coronel contacted them again to try to get El Chapo out of jail. The witness was given $ 1 million, at least $ 100,000 given to them directly by Coronel, to facilitate the escape. Coronel told the informant to buy property near the prison where Guzmn was being held. But before they could carry out their plan, Guzmn was transferred to another prison, according to court documents.

Coronel reportedly told the witness that she and Guzmn’s sons were trying to facilitate her husband’s transfer to another prison and that around $ 2 million was paid to the Mexican official in charge of the country’s prisons to achieve this.

Congo, Italy send investigators to the deaths of the ambassadors