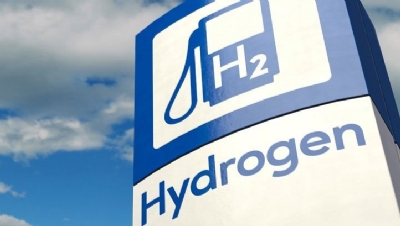 In recent weeks, influential institutions have urged governments to announce their hydrogen strategy sooner. Along with this, there were announcements about homes and vehicles using hydrogen. So, will the British hydrogen revolution begin soon?

Hydrogen is widely believed to play a key role in the UK’s transition to net zero by 2050.

Hydrogen has slowly emerged on the UK’s political and industrial agenda in recent years.

The Climate Change Commission (CCC) provided the first advice for hydrogen in a low-carbon economy in 2018, when debate over a potential legally binding net zero goal began. Since then, its goal has become law. Hydrogen funding has been increased through policy packages such as Ten Point Plan. And the Sixth Carbon Budget Advice puts pressure on a faster approach.

But especially this month, there has been a series of advances in the hydrogen debate in Britain.

Most important of all is the ongoing pressure on the government over the announcement of the hydrogen strategy. The strategy is scheduled before the end of March, and the corporate group is urging the government not to suffer the same fate as the heating and building strategy and other policy frameworks affected by the Covid-19-related delay.

Earlier this month, the Nuclear Industry Commission (NIC) and the Nuclear Industry Association (NIA) published a roadmap explaining how the UK can co-locate electrolysis in a 12-13 GW reactor. The promise will enable 75 TWh of green hydrogen production by 2050, the groups claim. The group is calling for more R&D funding, higher carbon pricing, and new financing models to lower the cost of green hydrogen to the equivalent of fossil-based hydrogen, which now accounts for more than 95% of global annual production.

Another vested group over hydrogen, the UK Hydrogen and Fuel Cell Association, also released a roadmap this month detailing the sector’s potential trajectory through 2050. The roadmap was supported by big companies including Rolls Royce and ITM Power. And it explores how the UK can target 80GW of green hydrogen capacity by 2050. To achieve this goal, the roadmap requires the Treasury to overcome historic challenges by prioritizing other industrial sectors over green hydrogen. Governments should also develop short-term goals backed by adequate funding.

Meanwhile, in politics, members of the Environmental Audit Committee (EAC) highlighted the need for a hydrogen strategy in a recent briefing on green recovery. The briefing says that many in the private sector don’t think the UK’s green hydrogen sector is yet’investable’ as the 10-point plan provides limited and short-term support. The EAC has concluded that broader and longer-term support is essential for expanding the sector. The British Industry Federation (CBI) and the Parliamentary Group on Hydrogen made the same argument.

Only time will know whether the UK’s hydrogen strategy was originally posted on the timeline.

Given that the EU has developed and implemented a hydrogen strategy since Brexit and supported Manifesto, and similar policy developments are underway in Australia, Canada, Japan and the United States, the Ministers said that the UK is a competitive exporter in this sector. Prepare early to become. Not a long-term goal.

But in the meantime, several small hydrogen projects are making headlines.

BEIS announced this month that the UK’s first home with a hydrogen boiler and hob will be completed by April. Gateshead’s semi-detached homes use 100% hydrogen for heating and cookware and are funded by the government. Hydrogen is stored in tanks on site. The first home to use green hydrogen supplied through the local gas grid is scheduled for completion at Fife in 2022.

For the first time, NHS plans to test a hydrogen-powered ambulance in London later this year. The organization is procuring modified hydrogen combustion technology from ULEMCo and combining it with battery technology from Promech Technologies.

In the same week, Jaguar Land Rover (JLR) updated its business strategy to fully electrify the Jaguar model by 2025, and another ambition was announced this year to begin testing hydrogen fuel cell electric prototypes in the UK.

There are two major hydrogen headlines in Wales. Building materials conglomerate Hanson UK installed a renewable hydrogen generator at Port Talbot’s plant with financial support from the European Regional Development Fund (ERDF) and technical support from the Swansea University Energy Safety Lab. At the same time, Logan Energy signed an open tender agreement to support Holyhead’s supply of hydrogen production plants, refueling and distribution hubs. The hub can operate until 2023 and can supply HGV with up to 400 kg of hydrogen daily.

This new project may seem small compared to the UK’s broader transport, industrial and thermal sectors. However, it is clear that there is strong private sector support for long-term and critical initiatives that provide a lasting transformation beyond the initial pilot.

Green Hydrogen Catapult, for example, claimed that it would convene seven conglomerates, cut costs in half by 2026, under a joint mission to increase the world’s green hydrogen production by 50 times. Catapult’s business members include Iberdrola, Ørsted, ACWA Power, CWP Renewables, Envision, Yara and Snam. Away from the private sector, the nonprofit Rocky Mountain Institute will provide support along with the UN’s pre-COP26’Race to Zero’ campaign.

And while Catapult is global and the alliance covers all over Europe, the UK hosts its own Hydrogen Taskforce, including Shell and BP.

All in all, it seems all the ingredients are ready for the UK to dramatically decarbonize and expand its hydrogen sector. Over the next few weeks, all eyes will be focused on BEIS, bringing the hydrogen strategy to the table.

Freshwater fish are in “catastrophic” decline with a third facing extinction, report reveals