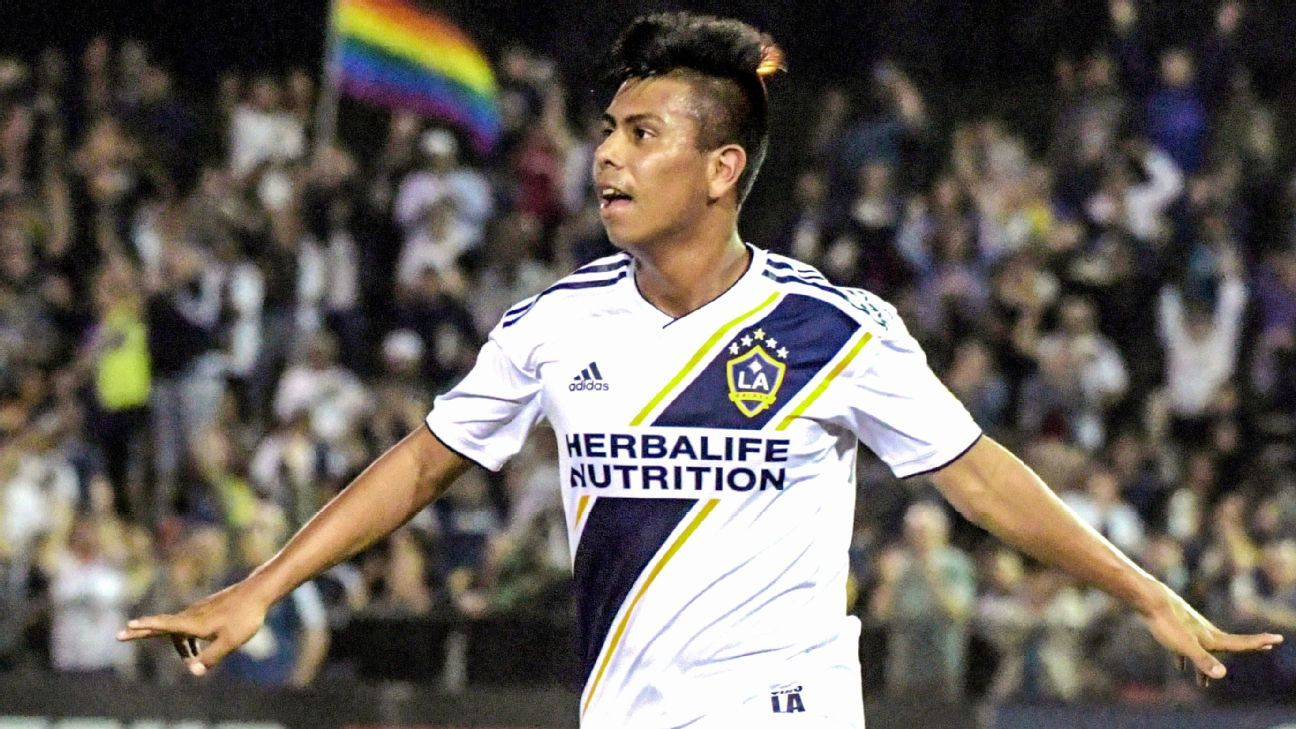 LA Galaxy forward Efrain Alvarez has been selected by the National Under-23 teams of Mexico and the United States, as the two nations go head-to-head for the 18-year-old to represent them at the Olympic qualifying tournament. men’s CONCACAF.

On Tuesday, CONCACAF announced the official preliminary lists of the eight teams participating in the 2020 Olympic qualifying tournament, which will be held in Guadalajara, Mexico, from March 18 to 30. Although Alvarez is on both the Mexican and US rosters, the player will need to make a decision by March 8, at the latest a country can submit their final 20-player roster.

Alvarez, who was born in Los Angeles to Mexican parents, is eligible to represent both countries under FIFA statutes for binationals. In the past, he played for the United States at the Under-15 level before changing to play for Mexico’s Under-15 and Under-17 teams. With El Tri, Alvarez made it to the 2019 FIFA Under-17 World Cup, scoring four goals and guiding Mexico to second place.

Confirmation of the preliminary lists for the 2020 Concacaf Men’s Olympic Qualifications Details: https://t.co/iqn0HFnxk0

However, Alvarez accepted a call to the United States Men’s National Team last December, for a training camp that included his binational and LA Galaxy teammate Julian Araujo. Afterwards, USMNT coach Gregg Berhalter rushed to Alvarez, praising his ability to play in multiple positions on offense.

“What I saw today in training is [that] he’s a guy you want to be around the ball, a very creative player, who has a good change of pace, very good in tight spaces, ”Berhalter said at the time.

Berhalter admitted that despite the invitation, Alvarez had not decided to pursue a one-off change to join the United States and cement his international future. Under FIFA’s new eligibility rules, players like Alvarez can switch allegiance before the age of 21 if they have made less than three competitive matches at the senior level.

The tug of war for Alvarez is the latest in a longstanding fight between the two CONCACAF powers over binational talent. Earlier this month, Santos Laguna star Santiago Munoz revealed that he has been approached by the United States for a possible change. Munoz was born in El Paso, Texas and raised across the border in Ciudad Juarez. Although Munoz was included in Mexico’s preliminary roster for the upcoming tournament, he was not selected by the United States this time around.

Mexico will face the United States in the final Group A game on March 24.

Politicians in Lebanon seize the vaccines, touching on a scandal.