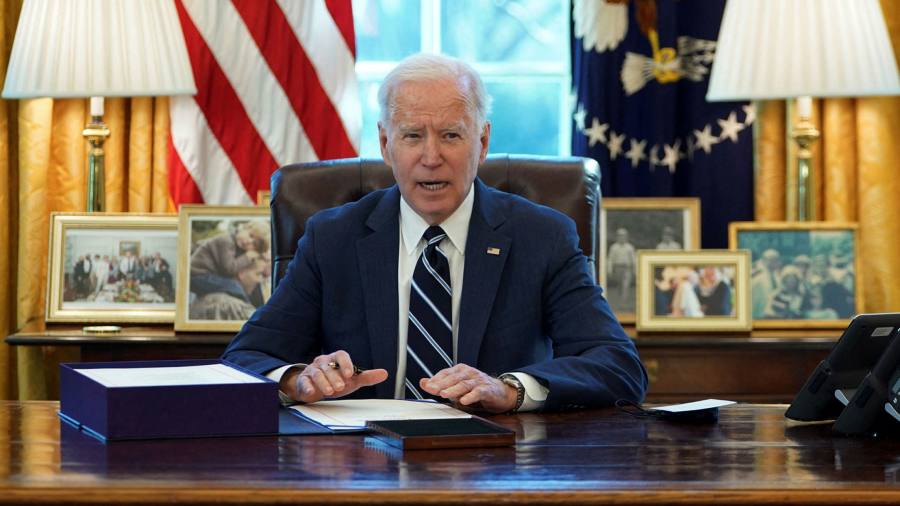 In the future, Europe and the United States will occupy a less important place in the world economy, with emerging countries outperforming their growth. It’s inevitable. What we don’t know is how quickly American and European domination will be reduced, as that depends in part on the political choices made today.

On this point, US President Joe Biden has delayed the relative decline of his country. EU leaders, however, seem poised to step up theirs.

Biden’s $ 1.9 billion fiscal stimulus package, adopted last week, may not literally be visible from space, but it certainly is globally. In the OECD’s March update of its forecast, the organization estimated that the U.S. stimulus will add a full percentage point to projected global growth. It more than doubled its 2021 growth forecast for the United States itself, from 3.3% to 6.5%. Biden’s own administration predicts that US production will return to its potential three to four years faster as a result of the relaunch.

According to the OECD, the policy response is so forceful that by the end of next year, US production will be 1% above its predicted path before Covid.

The euro zone, on the other hand, will then still be more than 2 percent behind what was expected before the pandemic, estimates the OECD. The UK deficit will be twice as large.

It is good for American citizens and bad for Europeans. But it also has geopolitical implications. This means that the relative decline of the United States is postponed a bit, while the economic marginalization of Europe accelerates.

Isn’t this the first time that an inadequate response to the crisis in the country has accelerated the global economic fall of Western countries? In 2008, just before the global financial crisis, China’s gross domestic product was one-third of that of the United States or the EU (including the United Kingdom), measured at market exchange rates.

However, just four years later, that ratio had reached half for the EU, due to its double-dip recession, and only slightly less for the United States, which experienced a somewhat stronger recovery. Compared to the first years of the millennium, China managed to double its speed of convergence during the crisis.

Plus, this snapshot only tells part of the story. Long after their economies recovered from the 2008 financial crisis, rich countries produced on average almost 10 percent less than they should have given their pre-crisis performance. Without this deficit, China’s economic size, compared to major Western economies, would have been smaller.

Lockdowns on both sides of the Atlantic over the past year have now created a repeated opportunity for emerging economies to accelerate their catching up – at least for those, like China, which have managed to contain the virus quickly and thus avoided the need to close. a good part of their economic activity. If rich countries again let a slowdown push their economies permanently below their previous production trend, it will further accelerate their decline relative to China.

It seems likely for both the eurozone and the UK, that the OECD projects to be around two and four percent poorer, respectively, by the end of next year than they seemed. be before Covid. Meanwhile, the OECD forecast puts China just one percent off its pre-pandemic trajectory.

Compare that with the United States surpassing their previous projection. Biden’s relaunch will actually have delayed China’s economic catch-up with America. If a promised infrastructure investment package also materializes, US growth could be further boosted.

This confirms the geostrategic hypothesis underlying the Biden administration’s approach: the restoration of American leadership in the world depends in part on the reconstruction of its national economic strength.

What silver linings can there be for the old world? The first is that China’s turbocharger catch-up is not shared by everyone. According to the OECD, several large emerging economies, including Mexico, India and Indonesia, are expected to fall even further below their previous trajectories than Europe.

But that’s bad consolation as long as China is the rival whose growing economic power is what worries everyone the most.

A better place to look for hope is in the lesson that Biden’s US stimulus package teaches. Unless Europe becomes much more ambitious, its revival and public investment both seem poised to be eclipsed by what Washington seeks to achieve.

The French should avoid blockage as infections carry over 26,000: says PM