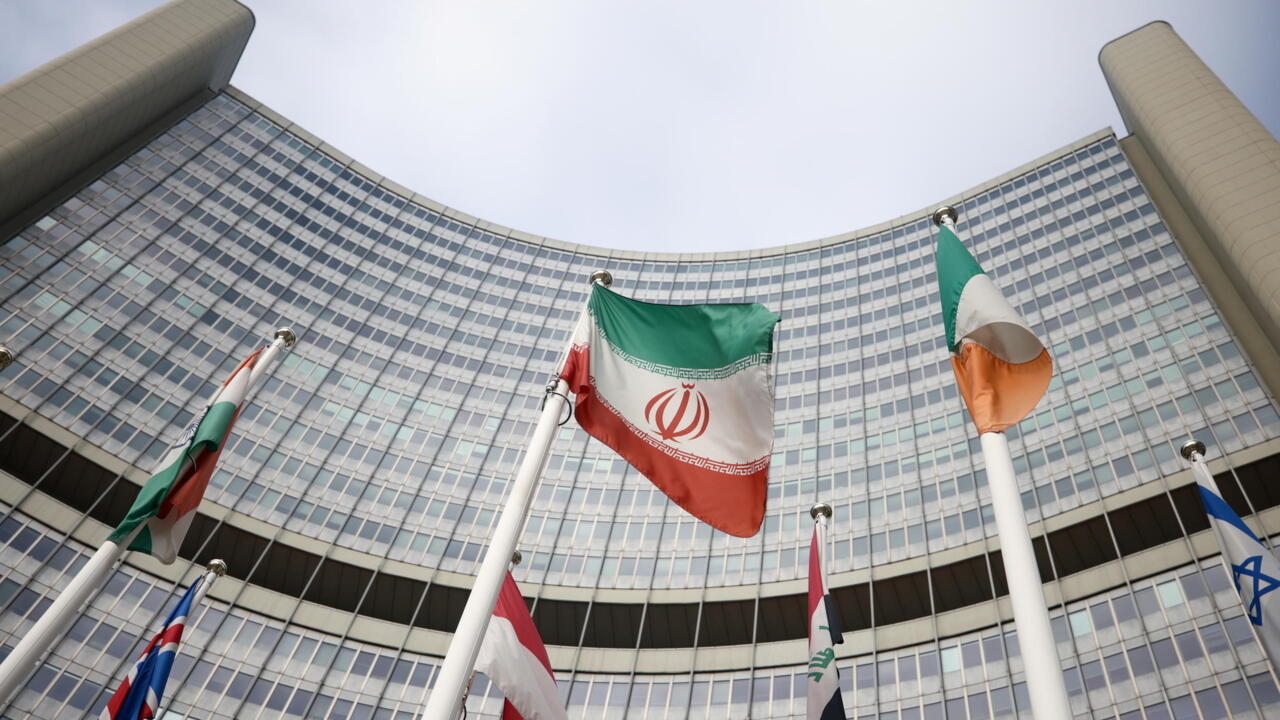 The United States and Iran will meet on Tuesday for indirect talks in Vienna with the aim of relaunching the historic 2015 nuclear deal. FRANCE 24 spoke withSahil Shah, project manager at the European Leadership Network, where he heads the organization’s efforts to strengthen nuclear and regional diplomacy with Iran.

What can we expect from these reports?

On Tuesday, the Joint Commission meeting marks the first time since last September that the other participants in the 2015 Joint Comprehensive Plan of Action (JCPOA), or Iran nuclear deal, have met in person. number of times to discuss issues related to the deal, this meeting is an important step as there is not only a clear alignment of all on the goal of restoring the deal, but also a clear political will to identify the tactics to achieve this.

This development comes after weeks of public postures and behind-the-scenes European mediation in an attempt to identify a gesture-for-gesture approach in which Tehran would freeze and possibly reverse some nuclear advances in exchange for limited sanctions relief. Unfortunately, there were issues with the process, there were questions about whether they would agree before or during the meeting on what gestures to include and the substance, as it was difficult to identify where the floor of Iranian demands intersected with the ceiling of what the United States was prepared to offer.

The proximity talks tomorrow are a way to save face from this chicken game so that Iran can work out a roadmap with the other parts of the JCPOA and get the US perspective and ultimately l membership through European intermediaries. Okay, US diplomats won’t be unofficially or formally present at tomorrow’s talks, but stationed somewhere nearby. While the meeting will be convened at the level of Deputy Foreign Minister and Political Director, it will ultimately be up to the experts to chart clear paths on the lifting of US sanctions and Iran’s implementation of nuclear restrictions.

While restoring nuclear limits appears to be simpler because it can be technically verified and monitored by the International Atomic Energy Agency (IAEA), there are questions Iran recognizes that need to be answered in this regard. which concerns the research and development in which it is engaged. as well as how it will restore knowledge continuity for the IAEA. While these issues are worth discussing, they should be able to be resolved. Senior nuclear officials in Iran said they were ready to freeze expanded nuclear activities any deal in due course and that it would take about two to three months to scale back all expanded activities and return to full implementation of the JCPOA. .

On the flip side, the United States’ path to full implementation may prove to be a bit more difficult to chart, as the Trump administration has deliberately superimposed additional sanctions on top of those that already existed before the JCPOA. is reached. The dismantling of these sanctions will be crucial for[getting]Tehran’s agreement to revert to full nuclear restrictions, because if they remain in place nothing will change, as Iran would receive little or no economic benefit with its banks cut off from the world and its trade in oil and gas. other vital economic sectors heavily embargoed. Bidens’ team must be able to work this out as well, but they will likely face strong criticism from opponents of the deal in Washington.

How could the situation of the Biden administration differ from that of Obama?

The Biden team includes many members of the Obama administration who have personally spent thousands of collective hours negotiating the terms of the JCPOA and then implementing them. These individuals still see the benefits of the agreements, but they face different geopolitical realities, including the urgent need for regional de-escalation in multiple flashpoints in the Middle East, a weakened transatlantic alliance with Europe, and a more adversarial relationship with Europe. Russia and China. , with whom they must work to achieve this. On top of that, there is a growing chorus of voices in Washington that are pressuring the Biden administration to find ways to use what it sees as leverage gained at the time. Trump to get the most out of Tehran.

However, the administration deeply understands that usable leverage does not actually exist and would prove futile in the ongoing negotiations to get a stronger and longer deal, to steal a sentence from US Secretary of State Tony Blinken. . As a result, the Biden administration, including the president himself, has said publicly for months that the United States and Iran must return to the JCPOA in order to put in place a fundamental step to create a space for dialogue. on other matters. Once that happens, they will have to think about how to engage Iran and other countries more broadly on security issues such as the growing prevalence of ballistic missiles in the region.

The absolute truth on the matter is that we cannot erase the fact that the last four years of Trump’s presidency have indeed happened. Under the Obama administration, the issue of trust traveled in a direction where the United States and others did not trust Iran and therefore built the entire JCPOA around that premise. Now, with the United States violating the terms of the agreements and undermining the UN Security Council resolution that supports them, the United States and, by extension, its European allies are no longer as credible. In turn, there will also be increased pressure on Iran’s Biden administration and others to significantly honor its commitments under the JCPOA, which is a radical departure from the Obama administration. during which it was felt that the sanctions were lifted on paper but not in practice. In fact, Iran calls for the need to verify that the lifting and relief of sanctions is actually working, meaning that it is more on the Biden administration to put in place the institutional scaffolding necessary to make the pro sustainable economic quomore.

To what extent do the upcoming Iranian elections play a role?

The upcoming elections in Iran are indeed a key factor for officials meeting in Vienna to consider, as time is running out. It is obvious that if this process goes too slowly and we find ourselves in a situation where the implementation of mutual obligations takes a long time, the sustainability of the process will become questionable depending on the outcome of the election. During the election campaign, Iran generally does not make major strategic decisions, and the heavy lifting does not usually occur during the following transition period either. However, if the broader contours and timetable for a mutual return can be negotiated now, the implementation of this could go beyond the June elections.

Even more relevant than the elections is the fact that the current Iranian administration is under pressure from parliament, which passed a law requiring the government to expand its nuclear activities and limit their control. In addition, Iran and the IAEA have entered into a three-month technical cooperation agreement of which we are already halfway. It is not entirely clear how much political space the Iranian administration has to expand this deal, so it would be best to get the JCPOA back on track as soon as possible.

As a result of these pressures, Iranian officials have been saying privately and publicly for weeks now that they prefer to act quickly and immediately return to full implementation of the deal rather than a step-by-step approach. Iran strongly believes that this is the easiest way forward, perhaps setting a new implementation day in which both sides must fully honor their obligations. Regardless of their rather maximalist positions in recent weeks, both sides need to be flexible in how the restoration of the JCPOA is synchronized, especially given domestic political considerations in Washington and Tehran.