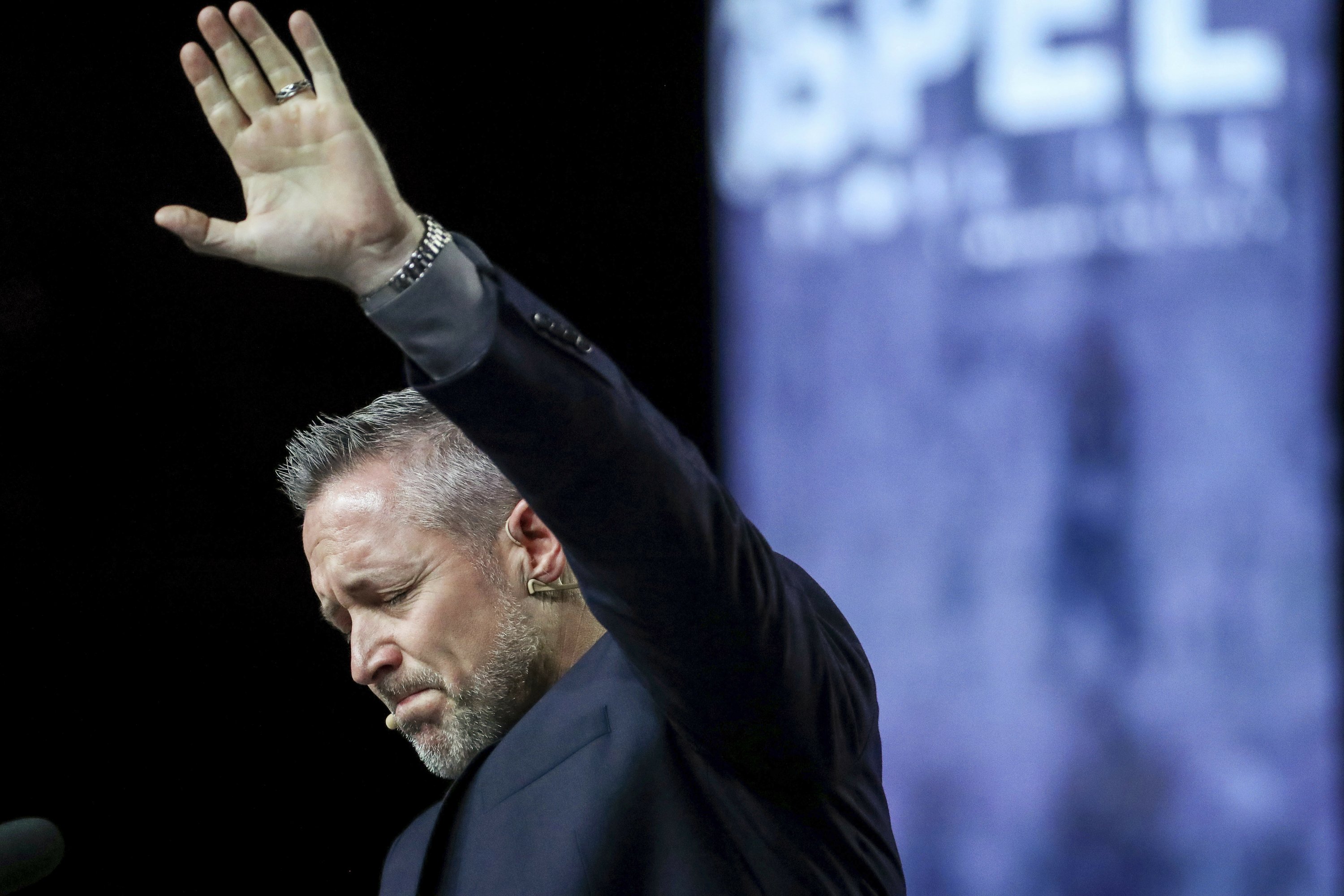 The president of the Southern Baptist Convention, the largest evangelical denomination in the Americas, posted a photo on Facebook last week of himself receiving the COVID-19 vaccine. He drew over 1,100 comments, many expressing their admiration for Reverend JD Greear, and many others attacking him.

Some of the critics have questioned whether worshipers would now need vaccine passports to enter Summit Church in Durham, North Carolina, where Greear is pastor. Others have described the vaccines as satanic or dangerous, or have suggested that Greear was complicit in government propaganda.

The divided reaction highlighted a phenomenon that has become increasingly apparent in recent polls and surveys: Skepticism about vaccines is more prevalent among white evangelicals than almost any other major bloc of Americans.

The findings have raised concerns even within evangelical circles. The National Association of Evangelicals, which represents more than 45,000 local churches, is part of a new coalition that will host events, work with the media and distribute various public messages to build trust among suspicious evangelicals.

The path to ending the pandemic is through the evangelical church, said Curtis Chang, a former pastor and missionary who founded ChristiansAndTheVaccine.com, the cornerstone of the new initiative, with white evangelicals making up about 20% of the population. population, immunization resistance half of them would seriously hamper efforts to achieve collective immunity, argues Chang.

Many evangelical leaders have spoken out in favor of vaccinations, ranging from Dallas mega-church pastor Robert Jeffress to Reverend Russell Moore, head of the Southern Baptist public policy branch.

Jeffress believes a majority of his congregation at First Baptist Dallas welcome vaccines, while some have doubts about their safety or fear they have links to abortion. Jeffress is one of many religious leaders who say major vaccines are acceptable given their distant and indirect links to cell lines developed from aborted fetuses.

Moore expressed hope that SBC pastors would provide wise advice to their congregations if members raise questions about vaccinations.

These vaccines inspire evangelicals to celebrate and give thanks to God, he said by email. I am convinced that pastors and lay members want full churches again and that the vaccines will help us all get there as soon as possible.

Other evangelical pastors have hesitated to take a public stand.

Aaron Harris, pastor of Calvary Baptist Church in Junction City, Kansas, has not discussed the vaccine from the pulpit or decided whether hell should be vaccinated.

We don’t believe it’s a Scriptural question; it’s a personal matter, said Harris, who estimates that 50% of older people in congregations have been vaccinated, while fewer younger members plan to do so.

We should not live in fear of the virus because we have faith in eternity. However, just because we’re not afraid of it, what’s the line of what we need to do? He asked. I’m not going to lie down in front of a bunch of alligators to show my faith that way.

Some Christians say they would rather leave their fate in God’s hands than be vaccinated.

We’re going to go through times of hardship and all kinds of horrible things, but we always know where we’re going in the end, said Ron Holloway, 75, of Forsyth, Missouri. And heaven is so much better than here on earth. Why would we struggle from here?

John Elkins, pastor of the Sovereign Grace Fellowship in Brazoria, Texas, about 50 miles south of Houston, said only one person in his SBC congregation of about 50 has been vaccinated.

Were in a very libertarian neighborhood. There is a lot of hesitation over anything that appears to be coming from the federal government, said Elkins, who is also waiving the vaccine, at least for now, with his wife.

Elkins, whose father was a professor of gynecology at the Johns Hopkins School of Medicine, said the doubts of his followers were not based on theology.

His skepticism about the effectiveness, he said. People fear it will be done too quickly.

Phillip Bethancourt, another Baptist pastor from South Texas, has encouraged his congregation at Central Church in College Station to get vaccinated and believes most will. The church organized a vaccine drive for staff and volunteers from other churches; 217 people received their first doses on March 22.

Even people who might be medically skeptical can understand it from a missionary perspective, he said. If this helps more people to be able to serve in their church again, so that more children can learn more about Jesus, that is a good thing.

Bethancourt, a former vice chairman of the SBC’s Ethics and Religious Freedom Commission, spoke to worshipers who reject the vaccine and say they’re not afraid to die if that’s what God wants.

The feeling doesn’t bother me at first glance, but there is an inconsistency, he says. We don’t adopt this mindset in other areas of our life, such as not wearing a seat belt.

Chang said that as a former pastor, he understands why some whose congregations are wary of government and vaccines are muzzling rather than risking backlash if they urge their herd to get vaccinated.

It will take courage, he said.

His initiative includes a toolkit for pastors offering suggestions on how to approach the various concerns of evangelical skeptics in a Christian setting. They range from the extent of the connection between vaccines and abortion to whether they represent the mark of the beast, a disturbing omen of the end times prophesied in the New Testament book of Revelation.

The Ad Council is a partner in this initiative, known for its iconic public service advertising campaigns such as Smokey Bear and Friends Dont Let Friends Drive Drunk.

We know the important role faith plays in the lives of millions of people across the country, said Advertising Council Chair Lisa Sherman, expressing hope the campaign could boost their confidence in vaccines.

As vaccines became available, there were widespread concerns that many black Americans would be reluctant to take them due to historical and racist mistrust of government health initiatives. But recent surveys show that black Protestants are more open to vaccination than white evangelicals.

This pandemic has hit our community like a plague and it has made our job easier, said Bishop Timothy Clarke of the First Church of God, a black evangelical church in Columbus, Ohio. We have done a wonderful job of educating.

The Associated Press religious coverage receives support from the Lilly Endowment via The Conversation US. The AP is solely responsible for this content.

The center notes irregularities in vaccines in Delhi, calls for action