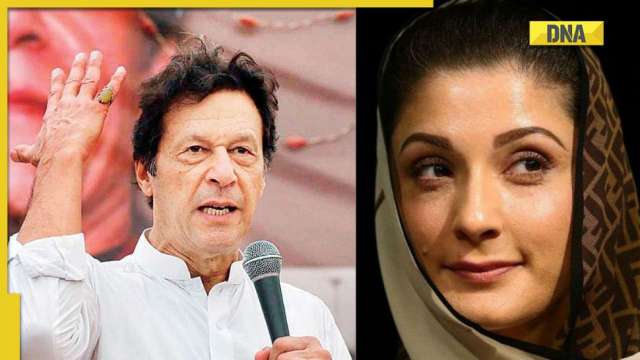 On Monday, Imran Khan, the former Pakistani prime minister, accused politician Maryam Nawaz of plotting his assassination through a “religious fanatic” and spreading “sectarianism and religious hatred” against him. Pakistani leader Tehreek-e-Insaf also spoke about the plot to assassinate him during a rally last Saturday in Rahim Yar Khan, a town about 400 kilometers north of Lahore.

Maryam, the daughter of former Pakistani Prime Minister Nawaz Sharif, is so desperate, according to Khan, that she is also trying to have him disqualified from the upcoming elections by the Election Commission of Pakistan (ECP) in the Toshakhana case for failing to include details of the gifts he received from the state custodian in his declaration of assets.

“Maryam Nawaz and her accomplices spread bigotry and religious hatred against me to make any religious fanatics motivated and kill me,” Mr Khan, 69, said during his speech with businessmen here.

“I am not afraid of death because it will be decided by Allah (God) and no one else,” said the 69-year-old cricketer turned politician. “Four people had decided behind closed doors to have me killed,” he said.

Maryam, a prominent member of the Pakistan Muslim League, had previously used her Twitter account to provide a comparison between two claimed statements by Imran Khan and the same number of verses from the Quran.

“This man (Imran) uses religion for his politics and promotes his false narrative. Save your faith and the country from this Satan,” she said.

They were arrested and charged under the Terrorism Act 1997, in particular section 9 (punishment for conduct designed or likely to stir up sectarian hatred) and section 11X(3) (liability for causing civil disturbance ).

According to Latif, Khan “supports the Ahmadi minority group” and therefore “non-Muslim”. In 1974, the Ahmadi community was officially designated as non-Muslim by the Parliament of Pakistan. Ten years later, they couldn’t even use the term “Muslim” in public. They cannot preach or go on pilgrimage to Saudi Arabia.