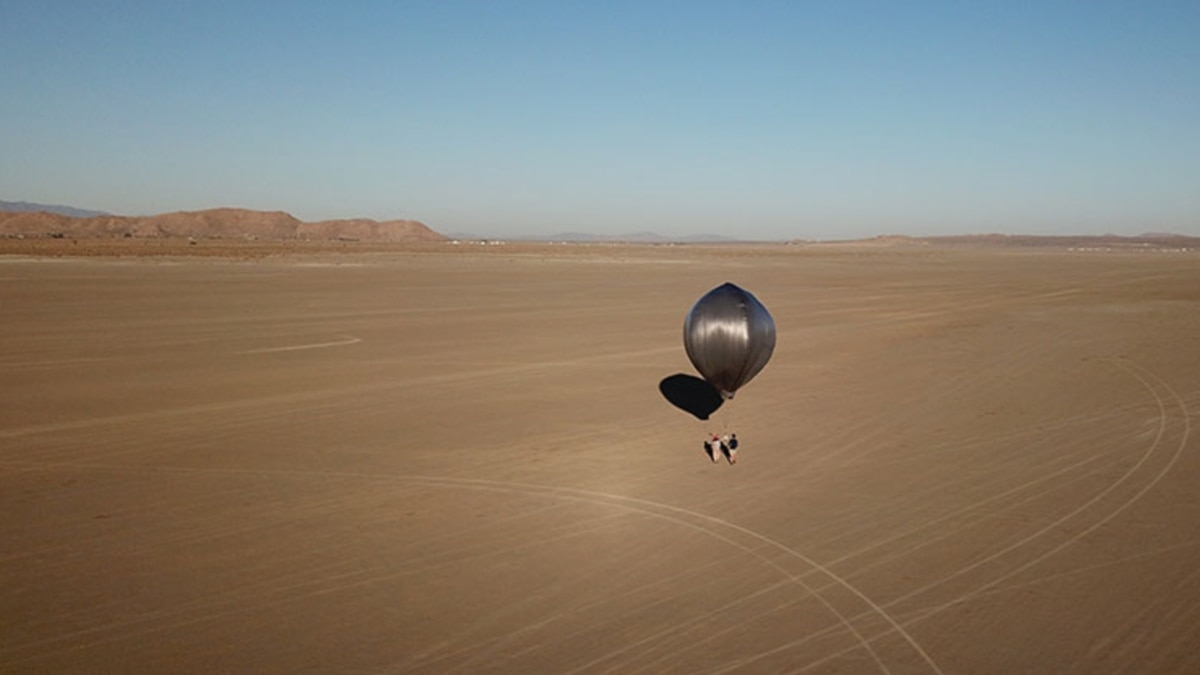 US space agency researchers have successfully used balloons to detect earthquakes in the California desert.

The experiment tested whether similar balloons could be sent to Venus to study the planet’s seismic activity. NASA recently announced plans to launch two future missions to Venus.

NASA scientists got a chance to do the test in July 2019, when a series of powerful earthquakes hit the region around Ridgecrest, California. The US Geological Survey reported in May that the main earthquake occurred on July 4 and measured 6.4 on the Richter scale. Several other large earthquakes struck the region within days and more than 10,000 aftershocks were reported over the next six weeks.

The experiment involved four large solar-powered balloons designed to fly at altitudes between 18 and 24 kilometers. The team installed instruments on the balloons to measure changes in air pressure. The device is used to detect sound waves that rise from under the surface during earthquakes and aftershocks.

One of the balloons is being prepared for flight shortly after the activity of the 2019 Ridgecrest earthquake. The balloons were released from California’s Mojave Desert and allowed to pass over the area. (Image source: NASA/JPL-Caltech)

Researchers say that by studying the seismic wave activity of a rocky planet, such as Earth, they can learn more about how that planet evolved and about its current state.

Venus is also a rocky planet. It is our closest neighbor in the solar system and the second closest planet to the sun. It is similar in structure to the Earth, but slightly smaller. But unlike Earth, Venus has a very hot surface temperature and a very dense atmosphere. Such conditions make it difficult for a spacecraft to stay in Venus’s atmosphere or surface.

Scientists have long thought about the possibility of studying seismic activity on Venus. They want to know more about how the planet has evolved under such extreme conditions.

The researchers, from NASA’s Jet Propulsion Laboratory (JPL), think they can send balloons like the one tested in California on a mission to Venus. The experiment – which also involved scientists from the California Institute of Technology (Caltech) – was recently described in a study in Geophysical Research Letters.

Scientists from the Jet Propulsion Laboratory and the California Institute of Technology have been developing their balloon-based method since 2016. But intense seismic activity in the California desert in July 2019 gave them a good opportunity to test their equipment in the field.

When heated by the sun, the balloons rise into the atmosphere and descend in the evening. Low-frequency sound waves from an aftershock were recorded by a balloon on July 22, 2019 (Photo Credit: NASA/JPL-Caltech)

Seismic energy from earthquakes is transmitted to the atmosphere and produces sound waves. These waves are detected by ground seismic stations. But the Jet Propulsion Laboratory team reported that for the first time it was able to detect the seismic activity associated with the earthquake from its balloons.

A balloon detected seismic sound waves seconds after aftershocks of magnitude 4.2 were confirmed by ground-based detection stations. At that time, the airship was 4.8 kilometers above the Earth’s surface.

Researchers hope the balloons will allow new studies of seismic activity on Venus to provide information about the planet’s interior. For example, they say, this method could help them figure out why the surface of Venus remains hot enough to melt lead. It may also lead to discoveries of fluids, such as water or oil, on the planet.

JPL and Caltech researchers will continue to fly balloons over seismically active regions to better understand sound waves caused by earthquakes on Earth, so the method may one day be used during a mission to Venus. (Image source: NASA/JPL-Calt

Jennifer M. Jackson is a professor of mineral physics at Caltech’s Seismic Laboratory who helped lead the research. Much of our understanding of Earth’s interior comes from studying the seismic activity that occurs deep within the planet, she said in a statement. The method could also be possible with Venus.

“Monitoring seismic activity… would advance our understanding of rocky planets. But the harsh environment of Venus requires us to investigate new detection techniques.”

The researchers say they plan to continue flying the balloons over seismically active regions to improve their ability to identify seismic events over large areas of the atmosphere. They also plan to add more tools and fly more balloons at the same time. This could allow them to pinpoint where earthquakes occur without needing confirmation from ground stations.

Bryan Lynn wrote this story for VOA Learning English, based on reports from NASA, Geophysical Research Letters, and the US Geological Survey. Mario Ritter Jr. was the editor.

We want to hear from you. Write to us in the comments section, and visit our Facebook page.

The words in this story

reveal – v. To discover or notice something

seismic – related to an earthquake or its cause

task – n. The flight of an aircraft or spacecraft to perform a specific task

internal – n. the interior of something

Novel – new or different from anything else

technique – n. A particular or special way of doing something