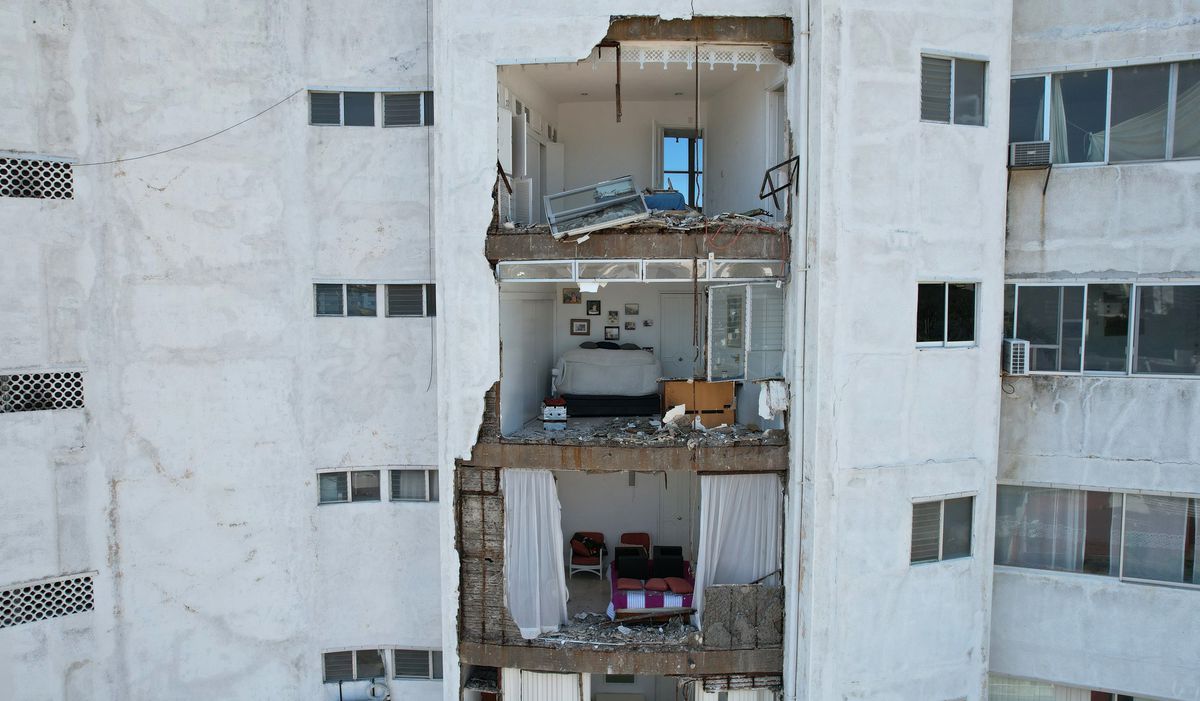 The major earthquake that rocked central Mexico on September 7 has left the country’s seismologists on alert due to the proximity of the epicenter to the Guerrero Seismic Gap, a tectonic belt that has not recorded a major earthquake in more than a century. More violent earthquakes occurred in the area of ​​the Mexican state of Guerrero, but Tuesday’s quake started at a point on the coast closest to Mexico City, which is why it was felt strongly in the capital. In addition, the earthquake began in an area of ​​the country where a magnitude 8+ earthquake is expected over more than 100 years, explained Victor Manuel Cruz-Atenza, a researcher at the Geophysics Institute of the National Autonomous University of Mexico (UNAM).

Each year, Mexico records an average of about 30,000 earthquakes, and Guerrero strikes about 25% of all national seismic activity. For this reason, the Guerrero seismic gap is a kind of anomaly in not being exposed to a magnitude 7+ earthquake for more than 110 years. Cruz-Atenza explained that if the seismic gap ruptured, it would cause a large earthquake, potentially more powerful than 8.2. He added that Tuesday’s earthquake may have repercussions on the Guerrero seismic gap, which continues to accumulate unreleased energy. “It was a small earthquake of low to medium magnitude, which tells us that there are certain parts of the gap ready to break, but not enough to cause a larger earthquake yet,” Cruz-Atenza said.

Tuesday’s earthquake occurred at 8.47 p.m. local time, 11 kilometers southeast of Acapulco, and at a depth of 10 kilometers, according to information from Mexico’s National Seismological Service. “This is an inverse-type fault. This type of fault is characteristic of areas of tectonic plate convergence, as occurs during the contact between the Cocos and North American plates, said the technical report from the service. To date, more than 200 aftershocks have been recorded from September 7 earthquake, the highest level of magnitude 5.2.

Over the past five years, Cruz-Atenza and a group of UNAM and Kyoto University researchers have monitored the waters of the Mexican Pacific for any indication of movement in the Guerrero seismic gap. In November of this year, the research team will retrieve data from the ocean floor to see how the crust deformed before Tuesday, and they hope to gain insight into the post-seismic deformation caused by this latest earthquake.

When does the Guerrero seismic gap break? This is the question all specialists are asking, said Carlos Valdes Gonzalez, another researcher at UNAM’s Institute of Geophysics, as well as at the Center for Mexican Studies at the University of Costa Rica. “We are conducting a number of analyzes to try to determine the effect of this earthquake and its aftershocks on the transfer of seismic energy or allowing it to be released into the Guerrero gap,” he said. “It’s a very important thing that we don’t know and we will have to make a series of assessments, but we do know that there is an earthquake hanging in the Guerrero seismic gap. We cannot prevent the earthquake, but we can mitigate its effects if we act with caution.”

Although Valdes Gonzalez acknowledges that it is very likely that the recent earthquake will lead to more seismic activity in Mexico, as it did in 2017, it is not possible to expect more. He noted that although the dates coincided with the earthquakes in September 2017, it would not be possible to come to a conclusion for future movements in the region. Unlike four years ago, residents had more time to prepare after receiving an earlier alert signal, while specialists agree that it is still not possible to predict an earthquake or avoid the danger they pose, with sufficient technical information, it will be It can be mitigated. Hazard associated with a future earthquake with its epicenter in the Guerrero seismic gap.

The DOJ has sued Texas for banning a six-week abortion