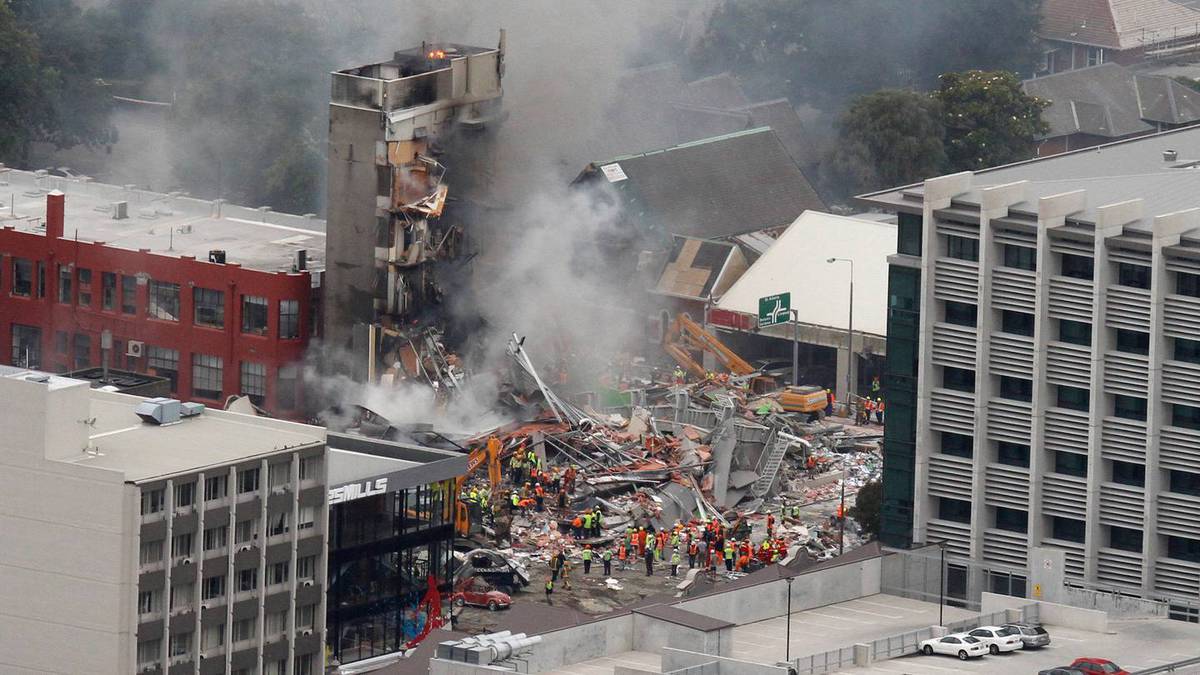 The CTV Building became a symbol of the February 2011 earthquake – when it collapsed and killed 115 people. Image / Mark Mitchell

The families of those who went missing in the CTV building collapse are calling on the government to review the police decision not to prosecute anyone in connection with the disaster.

The building was destroyed in the February 2011 earthquake, killing 115 people.

A royal commission of inquiry found in 2012 that the design of the building was defective and should not be approved.

Police decided in 2017 that they would not file charges for anyone in connection with the collapse, citing a lack of evidence and legal obstacles about the length of time after the engineers’ behavior and the occurrence of deaths.

Police had earlier decided that they would file 115 counts of manslaughter after the 252-page Becca report found flaws in the design process, led by engineer Alan Ray.

However, the Crown Act opposed prosecution.

“Nearly ten years have passed since the collapse of the CTV building … and we still don’t have justice, accountability, or closure,” the family’s spokesman, Maan Al-Qaisi, told media in Christchurch.

Al-Qaisi said there was overwhelming “convincing” evidence that should have been tested in the courts.

He told the media that the IPCA had responded to a complaint by the families, which he claimed had opposed the police decision and Crown Law not to prosecute.

They didn’t release the IPCA report at first, but did send it to the media later Monday afternoon.

The association’s report said the police decision not to press charges for manslaughter was “an appropriate exercise of their discretion and not unreasonable.”

However, it acknowledged that it is inappropriate for families to inform families of the police decision not to prosecute except through the media.

Al-Qaisi said the families were calling on the prime minister to independently review the decision-making process the police went through before deciding not to press charges.

“We respectfully request that the prime minister appoint a retired judge to independently review and report on the robustness and integrity of the decision-making process regarding the police decision not to pursue prosecution.”

He called for the inclusion of CTV families in the formulation of the terms of reference and the scope of the review.

“We affirm that the CTV case should go to trial to ensure justice. The court is the best place to test the strength of the case,” he said.

“We feel that we’ve let down on all levels.”

Wellington’s attorney, Gary Turkington, has been providing legal advice to families and said there are many avenues available to them, which includes appealing to the United Nations.

In response to the families ‘concerns raised today, a police spokesperson said the organization had conducted a four-year investigation to determine individuals’ potential criminal responsibility in relation to the deaths of 115 people after the CTV building collapsed during the February 22, 2011 earthquake.

“The result of the investigation was that there would be no criminal prosecution in connection with the building collapse because the available evidence was insufficient to provide a reasonable likelihood of conviction in court.”

Prime Minister Jacinda Ardern said she would look at the letter the families sent her today that outlined their concerns.

She said she “fully understood” why families were inviting a review but wanted to consider the letter before responding.