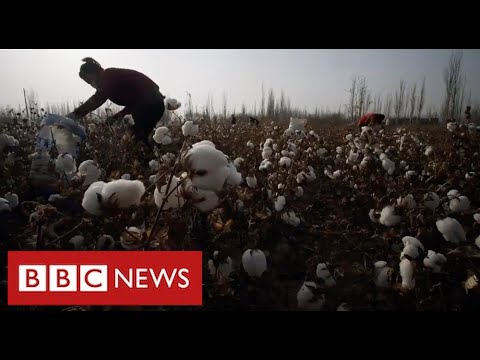 Chinese authorities are forcing hundreds of thousands of people from ethnic minorities, including the Uyghur community, to take up cotton in the far-western region of Xinjiang, according to information seen by the BBC. Evidence suggests that China’s cotton harvest – the world’s fifth-largest supply – may be subject to forced labor. More than a million Uighurs have been arrested in recent years in so-called “re-education” camps. China has denied torture and compulsory sterilization and abortion. In response to recent evidence, the Chinese government has told the BBC that claims about forced labor are “completely fabricated”. Huw Edwards has presented to BBC News a special study by John Sudworth in Xinjiang, a region controlled by foreign journalists. Please subscribe HERE http://bit.ly/1rbfUog .