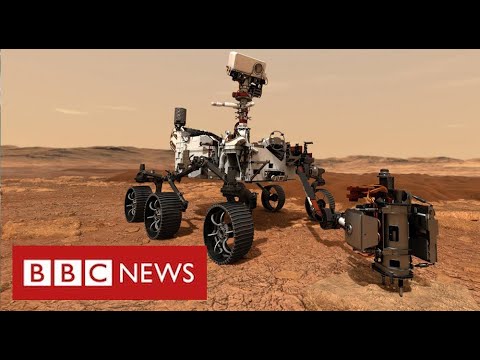 NASA has successfully landed a new vehicle on Mars, in an ambitious mission to the planet. After a seven-month journey through space, a vehicle called Perseverance survived a dangerous high-speed dive through the Martian atmosphere and reached the surface of the red planet safely, confirming its arrival with a tweet. It is the most advanced vehicle ever sent to another planet and is expected to eventually return the samples to Earth. His mission is to search for the ancient life that may have existed billions of years ago. Sophie Raworth introduces BBC News Ten to science reporter Rebecca Morelle. Please subscribe HERE http://bit.ly/1rbfUog