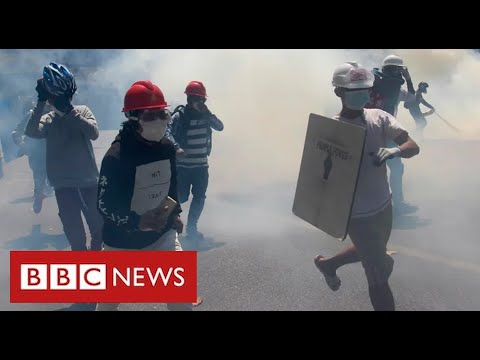 There has been international condemnation of Myanmar’s military after security forces shot dead more than a hundred protesters. The heads of defense of the United Kingdom, the United States and twelve Japanese countries issued a joint statement saying that they must protect the people they serve in the armed forces, and not harm them. Protests in Myanmar began when Aung San Suu Kyi, the country’s elected leader, was arrested by the military in a coup on February 1. They have continued to grow in the two largest cities, Yangon and Mandalay, although the army has worked hard. Protests continue to spread as authorities claim a policy of firing in an attempt to end them. Mishal Husain introduces Laura Bicker to BBC News at Ten. Please subscribe HERE http://bit.ly/1rbfUog