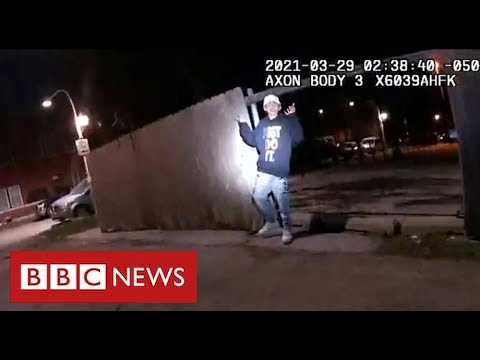 The mayor of Chicago has called for calm last month after a police officer released footage showing a 13-year-old gunman shot dead. The video shows Adam Toledo with his hands up and unarmed. The police film shows a gun near the place where he fell. The teenager’s death occurred during a period of high tension over police killings in the U.S. Reeta Chakrabarti presents Barbara Plett Usher at BBC News Ten in Chicago. Please subscribe HERE http://bit.ly/1rbfUog