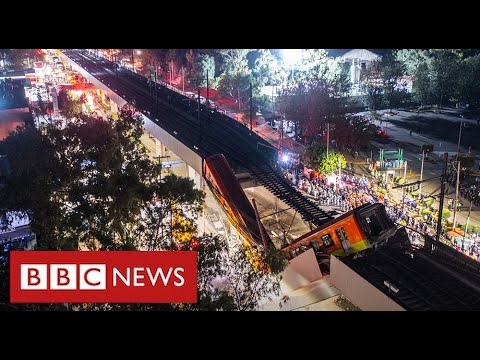 At least 24 people have been killed after a railway bridge collapsed in Mexico City, sending train carriages plunging into an occupied lower lane. Dozens of other people were injured. Rescue workers crawled among the debris where they were alive, near a subway station on the city’s newest line. Sophie Raworth presents on BBC News a report by Ten Grant on Will Grant in Mexico City. Please subscribe HERE http://bit.ly/1rbfUog