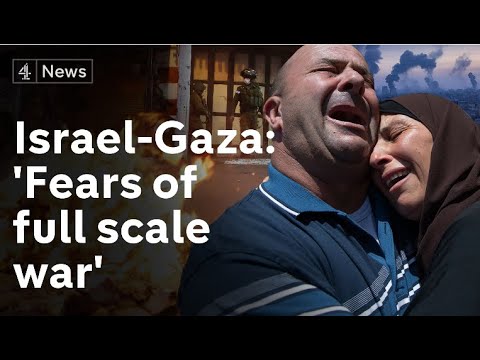 President Biden is sending a envoy to the Middle East after Israeli bombings in Gaza killed Palestinian civilians and 16 fighters from the Hamas militant group. (Subscribe: https://bit.ly/C4_News_Subscribe)

Six Israelis have been killed by Palestinian missiles. So far efforts to secure a truce are failing. The Israeli Defense Forces say more than 1,000 rockets have been fired at Israel, many aimed at Tel Aviv and surrounding villages. Israel has attacked hundreds of airstrikes across Gaza. And in the town of Lod, a state of emergency has been declared after violent clashes between security forces and Israeli Arabs. Warning to the audience; some of the images in this report are disturbing. ———————– Follow us on Instagram – https://www.instagram.com/Channel4News .

Why Americans are terrified of buying fuel – BBC News