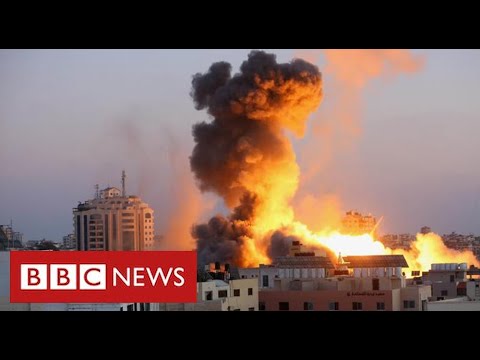 The Secretary-General of the United Nations has warned that the latest Israeli-Palestinian conflict is heading towards an “innumerable security and humanitarian crisis”. António Guterres called for an immediate end to the fighting at a special meeting of the UN Security Council. On the deadliest day since the onset of current enemies, Israeli airstrikes on Gaza reported the killing of 42 Palestinians, including 10 children. Israel says Hamas rockets fired at Israel have killed 10 Israelis since the last enemies began. Mishal Husain introduces BBC News Ten editor Jeremy Bowen to the east, with Sderot of southern Israel, close to the Gaza Strip. Please subscribe HERE http://bit.ly/1rbfUog

Felt Like a Small Earthquake: A Car Explosion in North Huntingdon Is Considered ‘Intentional’ – CBS Pittsburgh