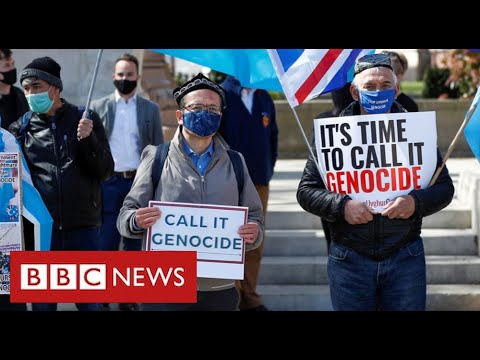 Exiled members of China’s Uyghur minority community have arrived in the UK ahead of a G7 meeting of world leaders to call for action against China. One of the issues on the G7 agenda is their relationship with China, and concerns about Beijing’s alleged persecution of the country’s Uighur population. Uighurs are a powerful ethnic group of 12 million people, most of whom are Muslims, and live mainly in northwestern Xinjiang province of China. They are from several countries where the US has accused China of genocide. China denies these denials and says it is fighting regional separatism and Islamist militancy. Reeta Chakrabarti presents Caroline Hawley’s BBC News at Ten. Please subscribe HERE http://bit.ly/1rbfUog

A new method for calculating the earthquake seismic distribution