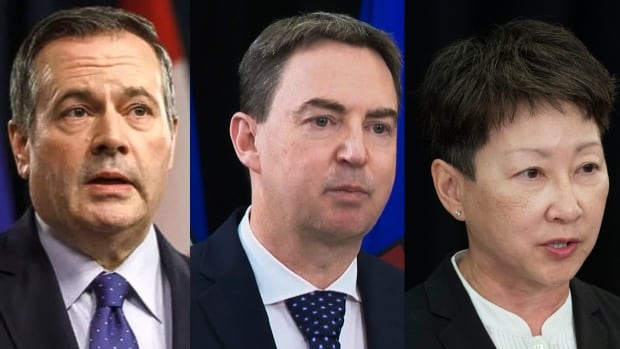 The move will affect 25,500 provincial employees. All will have to submit proof of full vaccination by November 30th.

Employees who do not provide proof of vaccination will need to receive housing based on Alberta Human Rights Act or produce a negative PCR test result within 72 hours of each scheduled work day or shift, continuously. From December 14, tests will be required and paid for by employees.

“We appreciate our public servants and the important work they do,” Kenneysa said.

“That is why we want to make sure they are operating in safe jobs and that we are doing everything we can to protect the millions of Albertans to whom they provide services.”

This estimate is based on general population statistics for getting vaccinated in Alberta and not a survey, Grant said.

Employees who are not vaccinated and do not want to submit to regular COVID-19 tests will not be allowed to work and will be put on unpaid leave, he said.

“We will not rest anyone,” Grantsaid said.

“Our goal is to encourage and educate all members of the public service to get vaccinated. We believe this is the best, safest, most convenient way to go.”

Yiu told a news conference Thursday about the death of a nurse working at the ICU. Yiudid did not say the nurse died from COVID-19, citing privacy.

“Today we are shocked by the death of one of our nurses who worked in the ICU and emergency departments,” Yiu said.

“Our front-line doctors or nurses are under extreme stress and pressure. The pandemic is affecting our individuals and teams both physically and mentally.”

20 deaths have been reported

The province reported 20 more deaths in the last 24 hours, including a man in his 20s in the North area.

There are 1,083 people in hospital being treated for the disease, including 263 in intensive care.

Here is how active cases are broken down throughout the province:

On Tuesday, Kenney announced new provincial regulations that would ban protests from blocking access to hospitals. No new restrictions were introduced.

Help to get to Alberta

The Alberta government is finalizing arrangements to receive a medical team from the Canadian Armed Forces, which will be deployed to Edmonton area hospitals, Kenney said.

The military can provide eight to 10 people with ICU training, Kenney said. This would allow the healthcare system to employ up to two more ICU beds.

The CAF will be prepared to provide medical transportation, enhancing Alberta’s existing capabilities. If Alberta needs to transfer its patients out of the province, CAF will be ready to support within 48 hours.

The Canadian Red Cross will also be introduced. Up to 20 trained staff, some with general training and some with experience in the ICU, are likely to be sent to Red Deer Regional Hospital, Kenney said.

The hospital “is under severe stress,” he said, citing low vaccination rates in central Alberta.

An agreement with Newfoundland and Labrador is also nearing completion. The province will send a medical team of five or six staff trained to the ICU, Kenney said.

The team is likely to be sent to the Northern Lights Regional Health Center in Fort McMurray, he added.

Kenney thanked Newfoundland Prime Minister Andrew Furey for providing the assistance earlier this month. The aid will be similar to what Newfoundland offered Ontario last spring.

“Si [Furey] joked with me, Fort McMurray is Newfoundland’s second largest city, “said Kenney.” This is a wonderful gesture from a province whose people have done so much to build prosperity. “

He said aid coming to Alberta from the Canadian Armed Forces, the Red Cross and the provinces of Newfoundland and Labrador would help relieve pressure from the healthcare system.

“We are doing this because we know our healthcare system is under pressure and our people need help,” Copping said.

“We are doing this to be careful. In the event of a worse case scenario, we will have the greatest amount of resources here in Alberta to handle it. And if cases go down, it will help remove of strain from the system as we resume operations. “

As of 12:30 p.m., Alberta Health Services said there were 373 ICU beds open throughout the province.

The total included 200 additional spaces, an increase of 115 percent over the base of 173.

The AHS has opened 22 additional ICU spaces in the last seven days, spokeswoman Kerry Williamson said in an email statement.

There were 309 patients in the ICU, the vast majority COVID-19 positive, Williamson said. The number of ICU patients has increased by six percent in the last seven days, he said.

Across Alberta, ICU capacity is currently at 83 percent. Without the beds, capacity would be at 179 per cent, the AHS said.

Here is how the 373 beds and ICU capacity are distributed throughout the province:

Good sweatpants can be difficult to find. Start your search here