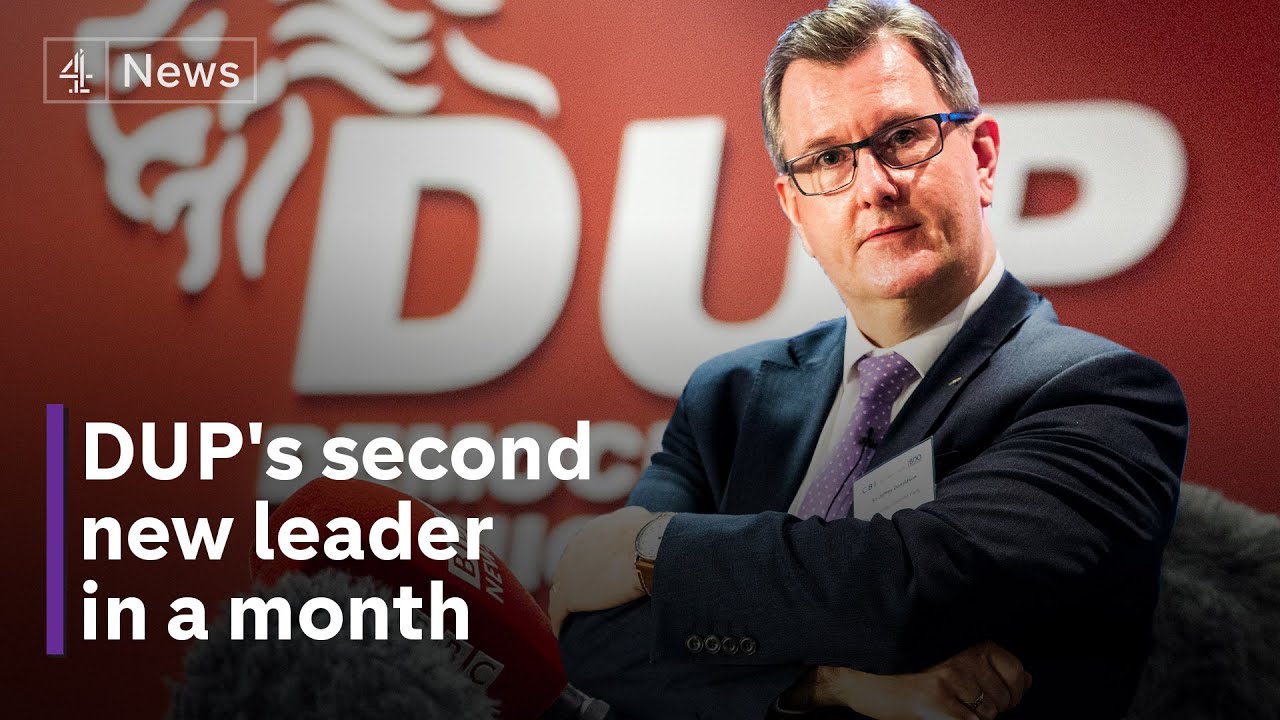 Westminster himself, Sir Jeffrey Donaldson, is taking over the leadership of the DUP after running in opposition candidates to run in the election. Former party leader Edwin Poots resigned just three weeks after the internal party. Sir Jeffrey is becoming a leader as arguments about the future of the Northern Ireland protocol are escalating. Credits: Josh Ho – Camera and Editor Robert Hamilton – Producer ———————– Follow us on Instagram – https://www.instagram.com/Channel4News .