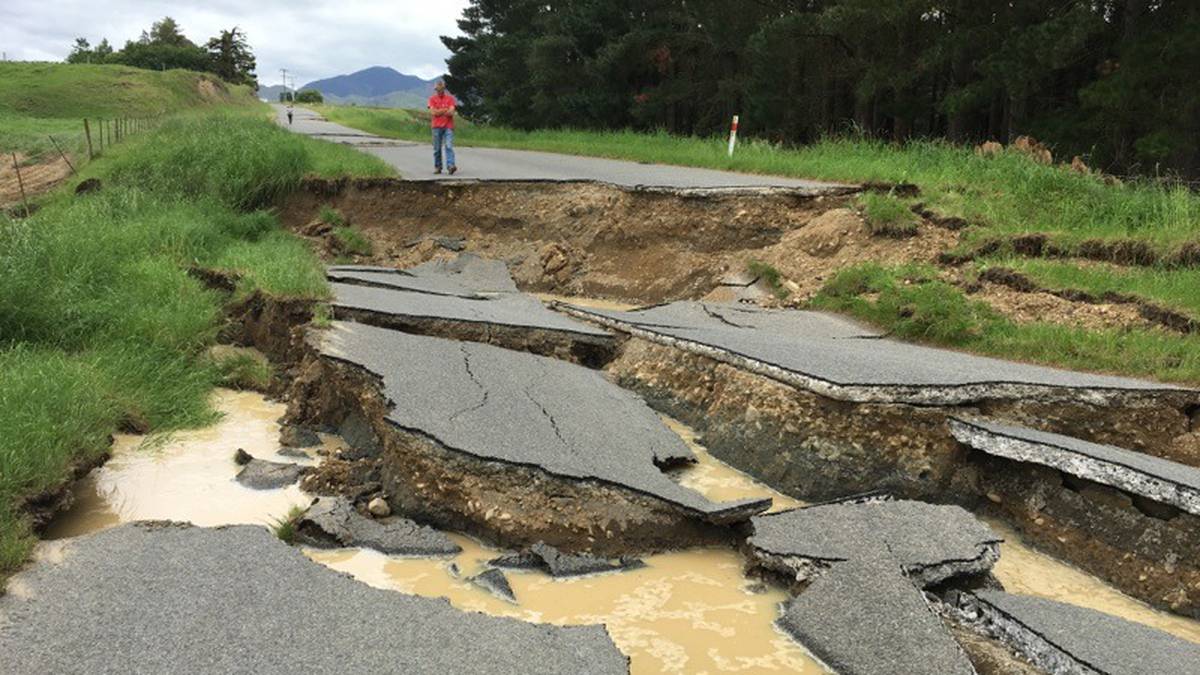 The video will play in

Slowly and silently unfolding earthquakes deep in the North Island could be key to predicting future vibrations and tsunamis generated by our biggest mistake.

A three-year, million-dollar project will enhance scientists’ understanding of the growing “slow-slip” earthquakes along the subduction zone at Hikurangi.

Scientists believe that the subduction zone, which stretches along the eastern coast of the North Island, could generate “massive” earthquakes greater than 8 degrees, such as the ones that caused the tsunamis that devastated Indonesia in 2004 and Japan in 2011.

The worst-case scenarios for a major Hikurangi event could include thousands of dead and injured, and billions of dollars in property loss.

But slow earthquakes – where faults of plate boundaries release slowly pent-up pressure over days to months, rather than seconds in a typical earthquake – may help us gauge the threat better.

Their discovery 20 years ago revolutionized seismology and our understanding of faults mechanics.

As it occurs off the East Coast every few years, nobody feels it when it occurs – its momentum remains unclear.

The new project, led by GNS Science, is designed to discover subtle physical changes within a fault before slow earthquakes, to reveal mechanisms that regulate their timing.

“This will demonstrate whether there are observable physical changes within the fault that enable more accurate predictions of when the fault may fail, whether in slow and possibly fast-sliding earthquakes,” said project lead Dr. Laura Wallace.

Confusing evidence has emerged in recent years that the build-up of water pressure near the fault exerts great control over the timing of slow-slip earthquakes in New Zealand.

If this buildup affected the timing of the slip, then monitoring the buildup of water in the fault could allow better prediction of slow, and possibly rapid, earthquakes in the future, said Dr. Emily Warren Smith, a GNS seismologist.

It is possible that a change in fluid pressure inside the fault could be a symptom of slow earthquakes and not a direct cause, Wallace said.

Alternatively, there may be other processes such as the constant build-up of pressure from the movement of tectonic plates that control the pace of slow-sliding earthquakes.

The project aimed to resolve this split by organizing a large-scale deployment of subsea and ground observation tools in southern Hook Bay and Wairarapa.

You will monitor these changes before, during and after the expected frequent slow slide event overseas in the region at some point during the next two years.

Wallace said the project will form a new ground in sea floor geodesy and help place New Zealand at the forefront of global efforts to monitor marine faults that can generate large earthquakes and tsunamis.

This weekend, the team was heading aboard the NEWA research vessel Tangaroa for the first set of seafloor sensor deployments.

“The project will lead to new, evidence-based information that will greatly aid in planning and preparedness, and make New Zealand safer and better able to recover after a major earthquake.”

A separate expedition to the Hikurangi subduction zone has just ended – where the Pacific Plate sinks, or “descends”, under the North Island’s east coast.

American scientists have just dumped their specialized equipment on the sea floor to visualize structure below the surface, and investigate how fluids are distributed within sediments.

The Hicurangi subduction zone is where the tectonic plate in the Pacific Ocean merges into – or sinks beneath it – the Australian tectonic plate. Image / GNS Science

This will enable scientists to better understand how fluid movement is related to activity on our biggest marine malfunctions and the occurrence of gas below the surface of the Earth, said program chair Dr. Jess Hillman, of GNS Science.

Earthquakes, the stabilization of sea floor slopes and the emission of gas to the sea floor are all partly subject to the presence of fluids, said flight specialist Dr. Peter Kanberg of the Scripps Institute of Oceanography in the US.

“Our devices can detect where these fluids are in the ground, allowing us to better understand the role of fluids in modulating these natural hazards.”

The new, three-year project is supported by a $ 960,000 grant from the Marsden Fund.