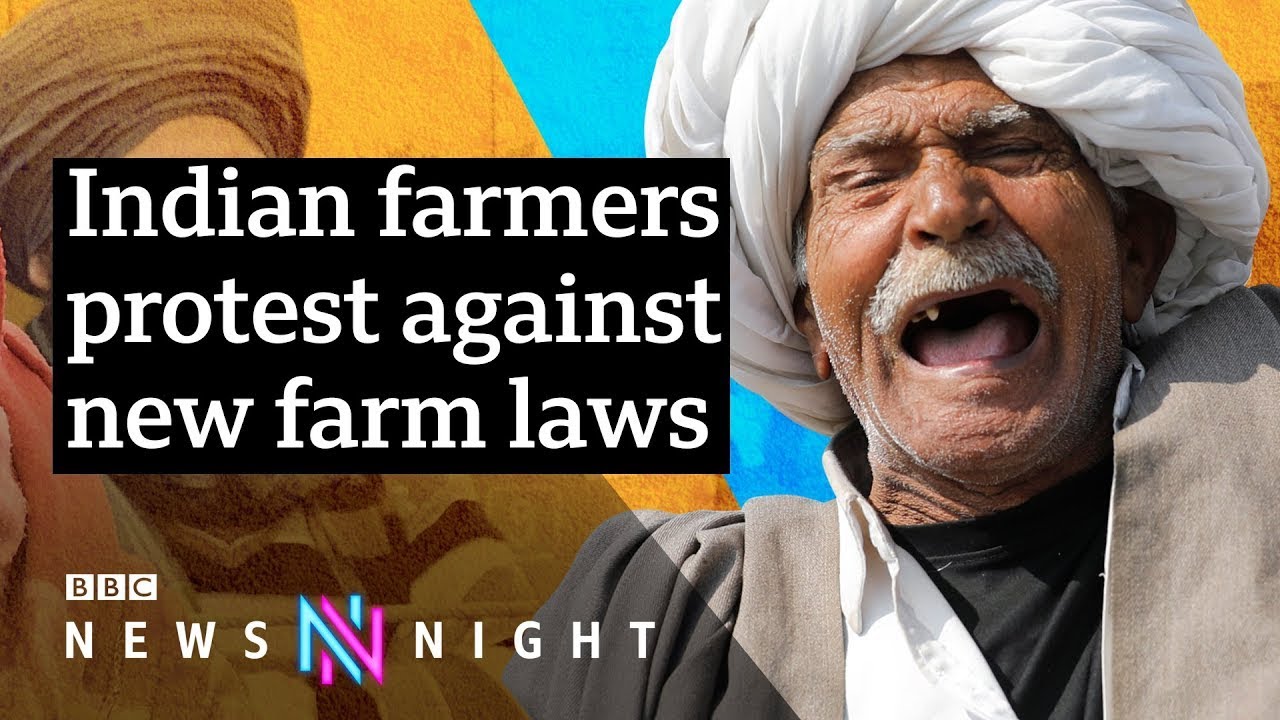 Since November 2020, thousands of farmers have been on strike against new laws they fear will drive them out of business. Please subscribe HERE http://bit.ly/1rbfUog

Farmers and their families have been protesting in India for months, encamped in Delhi, in the face of new government farm laws that they believe will ruin their lives. Three new agricultural laws were introduced last summer. They release rules on the sale, pricing and storage of farm products, which means farmers can sell them directly to private buyers instead of government-controlled markets that get a guaranteed minimum price. The government says the changes will make farmers better off by making markets more efficient and attracting more investment. But in January India’s highest court overturned the law “until it was reported”. Along with Newsnight’s Mark Urban, Trupti Patel, president of the British Hindu Forum, and Sunny Hundel, a Sikh political commentator who writes the OpenDemocracy online blog. #BBCNews #Newsnight Newsnight is the BBC’s premier news and current affairs television program – with strong analysis, discussion, exclusivity and dialogue. Website: https://www.bbc.co.uk/newsnight
Twitter: https://twitter.com/BBCNewsnight
Facebook: https://www.facebook.com/bbcnewsnight .