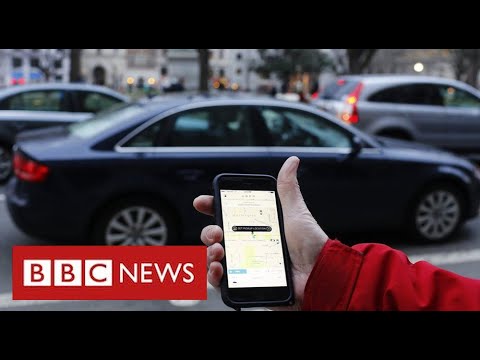 The UK Supreme Court has ruled that Uber drivers should be treated as employees rather than as self-employed, which has ruled that they may be entitled to a minimum wage and holiday pay. The decision ended a five-year legal battle. Uber argued that they were 40,000 self-employed drivers and that they were in fact running their own businesses. The court ruled that they were employees and that Uber would pay them for employee benefits. The case is likely to have very significant consequences for many other UK employees. Sophie Raworth reported on transport correspondent Caroline Davies on BBC News Ten. Please subscribe HERE http://bit.ly/1rbfUog