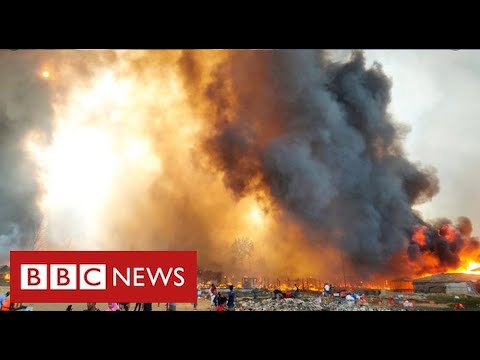 More than 400 people are missing and 15 dead have been confirmed after a fire broke out in a huge refugee camp in Bangladesh. Tens of thousands of Rohingya Muslims who fled persecution near Myanmar are homeless once again. Authorities in Bangladesh say they have begun an investigation into how the investigation began at Cox’s Bazaar camp. Sophie Raworth has introduced South Asian correspondent Rajini Vaidyanathan to BBC News Ten. Please subscribe HERE http://bit.ly/1rbfUog