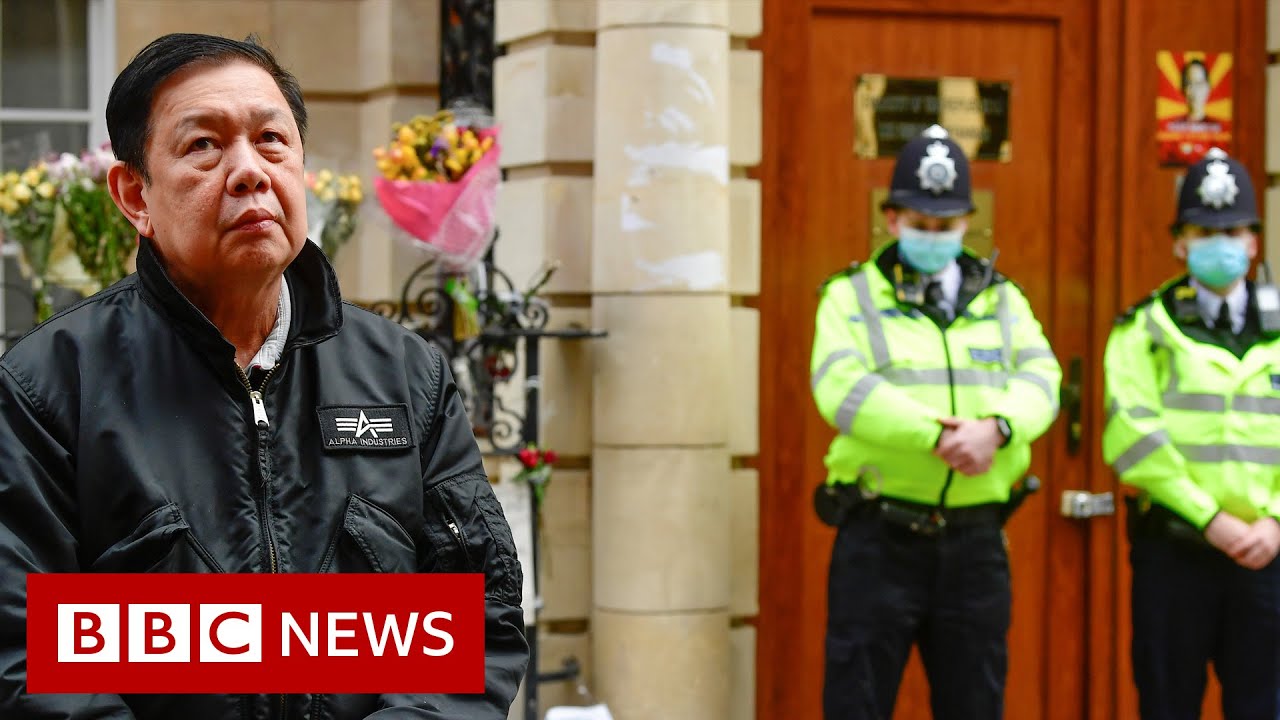 The former ambassador to London, Myanmar, spent one night in the car after being told he was locked away from his embassy. Kyaw Zwar Minn said the workers were asked to leave the building by Myanmar’s military annex, and he was removed from office as the country’s representative. The former envoy has criticized the country’s military coup and called for the release of the ousted leader Myanmar Aung San Suu Kyi. British Foreign Secretary Dominic Raab has condemned the “acts of harassment”, but the UK has accepted the change. Please subscribe HERE http://bit.ly/1rbfUog #BBCAnews.