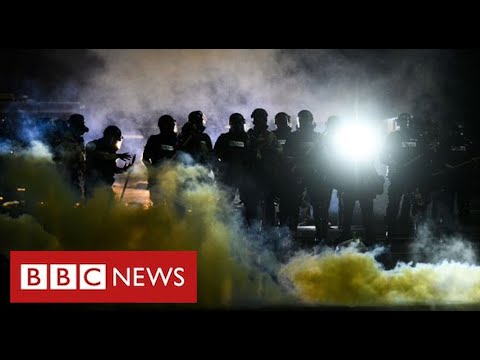 Protests in the U.S. city of Minneapolis have sparked outrage after a young black man was shot dead by police. Tear gas was thrown to disperse the crowd and a place cover was set up. Daunte Wright, 20, was shot while driving in a car at a traffic stop. Police said the shooting was “accidental” because the officer wanted to use a taser weapon and not their weapon. There was already a lot of tension in Minneapolis, where a trial is underway with George Floyd on his knees on charges of killing George Floyd. Clive Myrie presents BBC News at Ten with a report by Barbara Plett Usher in Minneapolis. Please subscribe HERE http://bit.ly/1rbfUog

Was that an earthquake? – BayToday.ca

‘The People v. The Klan ‘: how a mother KKK | he threw down the Exclusive Interview