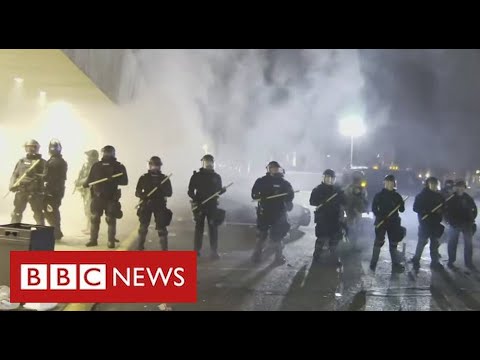 There has been another night of violence on the streets of Minneapolis. They made many people angry protesters riot police, after a black shot. Twenty-year-old Daunte Wright was shot and killed by police after an accident when an officer grabbed a gun with a Taser while stopping traffic. The officer who shot him and the city police chief have both resigned. The shooting happened just a few miles from the site of the George Floyd murder trial. Fiona Bruce introduces Nick Bryant to BBC News at Ten in Minneapolis. Please subscribe HERE http://bit.ly/1rbfUog

How Biden is trying to cross the line Citizen CNN

Biden will announce that U.S. troops will withdraw from Afghanistan by September 11th