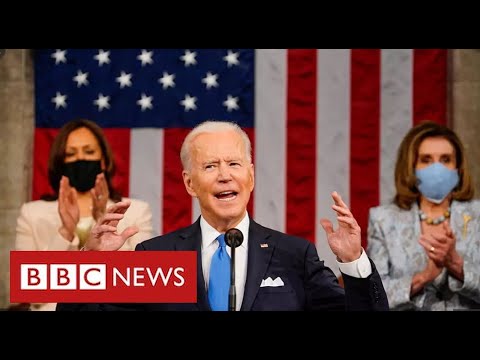 President Biden has completed his first 100 days by launching radical and ambitious proposals for America, as the investment plan itself called it “once in a generation”. If implemented, it could be transformative. It has a high cost of four trillion dollars. Part of that would be paid for by tax increases for corporations and the wealthiest. The American Families Plan aims to reduce child poverty and limit child care costs. It is expected to create millions of jobs through a massive investment program in infrastructure, broadband and green energy. However, President Biden has a fight in Congress, mostly over tax increases. Sophie Raworth introduces North American editor Jon Sopel to BBC News at Ten. Please subscribe HERE http://bit.ly/1rbfUog