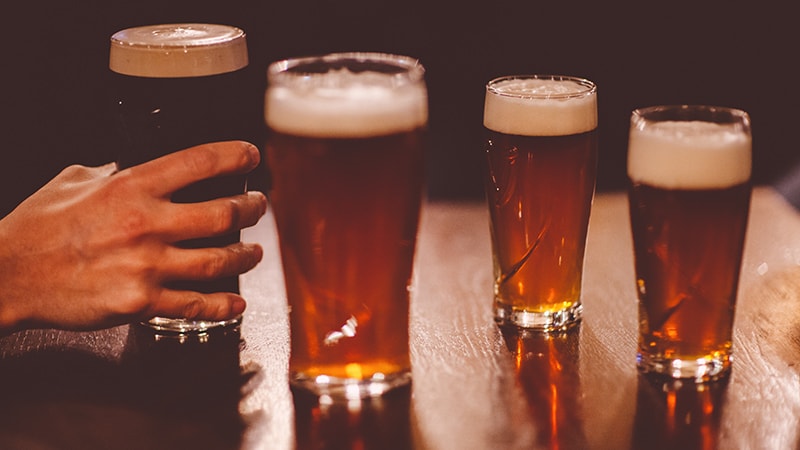 Alcohol consumption will account for 4% of all cancers diagnosed worldwide in 2020, with three-quarters of these cancers occurring in men. The most common places of cancer were the esophagus, liver, and breast.

This finding comes from an analysis conducted by the International Agency for Research on Cancer.it was Published online To Lancet Oncology July 13th.

“Public health strategies such as reduced alcohol availability, health warnings on alcohol products, and bans on sales can reduce the incidence of alcohol-induced cancer,” she added. She said taxation and pricing policies already in place in Europe could be implemented around the world.

For this study, Mark Petticrew, a professor of public health assessment at the London School of Economics and Tropical Medicine in London, UK, agreed that the public needs to be aware of this risk. “There is a lot of false information out there, some from the alcohol industry itself.

“People need clear and independent information, and this large and powerful study has contributed significantly to the elucidation of risk,” he added. It “provides clearer evidence that alcohol consumption contributes to the significant burden of cancer, especially heavy drinking.”

Details of the study

To estimate the burden of alcohol-induced cancer, Rumgay et al. Collected cancer incidence data from GLOBOCAN 2020 for a variety of cancers and for all cancers.

They examined 2010 per capita alcohol consumption estimates from the Global Information System on Alcohol and Health, assuming a 10-year incubation period between alcohol consumption and cancer diagnosis. Estimates were stratified by age and gender.

Moderate drinking (<20 g / d, which is equivalent to drinking twice daily) contributed to 13.9% of cases of alcohol-induced cancer.

The analysis also found that by region, the highest proportion of cancer cases due to drinking was in East Asia (5.7%) and Central and Eastern Europe (5.6%). The lowest was in West Asia (0.7%) and North Africa (0.3%).

At the national level, the estimated proportion of alcohol-induced cancer cases was highest in Mongolia (10%) and lowest in Kuwait (0%).

In China, the estimated proportion of alcohol-related cancer cases was 6%. In India and France it was 5%. 4% in Germany, Brazil and the United Kingdom. And in the United States, 3%.

Regarding gender differences in cancer incidence, the team wrote: “As women make up a greater proportion of paid employment, women’s alcohol consumption has been reported to increase.

“In these areas, breast cancer was a major factor in the high incidence of alcohol-induced cancer in women,” they add.

In an accompanying comment, Amy C. Justice, a medical doctor at Yale University School of Medicine and Health Policy Management in West Haven, Connecticut, said the results were “useful,” but she measured how alcohol consumption was measured. I questioned whether it was done. ..

“We may underestimate the health risks associated with alcohol, especially cancer risk, until we address the limits of our measurements,” she warned.

There are “major restrictions” on using over-the-counter alcohol sales to estimate consumption, and the use of self-reporting is “worse,” she said.

“In addition, neither commercial sales nor current self-reports reflect past alcohol consumption.” This is “especially important for genetic research and for understanding the relationships between them. Use of alcohol And cancers that generally have an extended incubation period.

“Sure, we can do a better job,” Justice said.

Measuring levels over time “in combination with careful usage history,” such as those based on biomarkers, may help determine current as well as past alcohol exposure.

“We don’t ask diabetic people what they do Saccharified hemoglobin That is, we check it, “justice pointed out.

“Next, we’ll discuss the risks of adverse health effects dictated by test results and personal risk profiles. We need to use a similar approach to counsel patients about the risks of alcohol,” she says. I did.

Dr. Sadie Boniface, director of research at the Alcohol Institute in King’s College London, London, UK, described the new analysis as “comprehensive and well-designed” in a comment to the UK Science Media Center.

“The results are consistent with other studies, and scientists already knew that alcohol causes seven types of cancer, including breast, esophageal, mouth, and throat cancers,” she said. Added.

However, she said the risk was not well communicated to the general public. In the UK, future discussions on alcohol labeling represent a “real opportunity” to help consumers “make informed decisions about drinking.”

In addition to labeling, the author’s recommendations on alcohol pricing, availability, and marketing policies are “part of a comprehensive post-pandemic alcohol strategy” to address the burden of alcohol. She added that it was necessary as.

Funding for the research is not listed. Boniface reports that he works for the Institute of Alcohol Studies, which is funded by the Alliance House Foundation. No other relevant financial relationships have been reported.

did you know?New technology adopted by embryologists