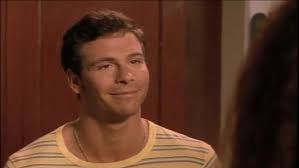 Marcus D’Amico, the actor best known for creating the role of Michael “Mouse” Tolliver in the 1993 limited television series Tales of the city, died on December 16 of pneumonia at his home in Oxfordshire, England. He was 55 years old.

His death was announced by his sister Melissa D’Amico. Patrick Baca, his former manager, said the cause was bronchial pneumonia.

Although best known to American audiences for starring in the book adaptation Armistead Maupin, D’Amico, born in Germany but raised in the UK, had a lively acting career in London, originally taking on the role of Louis in Tony Kushner’s 1992 National Theater production Angels in America. The performance earned him an Olivier Award nomination for best actor.

“Not only have I lost my brother-in-law, but the world has lost an incredibly talented actor and director,” Melissa D’Amico wrote on Twitter. “Words cannot express how much I miss him.”

D’Amico, who split his time between London and Los Angeles, made his West End debut in 1977 in the title role of Oliver! Other credits from the London scene would include Julius Caesar at the Young Vic Theater in London, The boys next door at the Comedy Theater in London and, in 2003, La Traviata in Lisbon at the King’s Head Theater. In 2004, he joined the London cast of Mamma Mia!

The actor’s only credit on Broadway came in 1994 with JB Priestley An inspector calls, directed by Stephen Daldry. D’Amico performed alongside Philip Bosco and Rosemary Harris.

D’Amico appeared in the 1980s Superman ii and 1987 Full Metal Jacket. In addition to Tales of the city, airing on PBS and Channel 4 in the UK, D’Amico’s TV credits include TNT The Alienist: Angel of Darkness, and British series such as Jeeves and Wooster, The Bill, trainer and SWALK He had a recurring role on Family affairs.

Information on additional survivors was not immediately available.

Mel Gibson opens up about ‘Braveheart,’ Hollywood’s battle with coronavirus – and why he’s avoiding politics