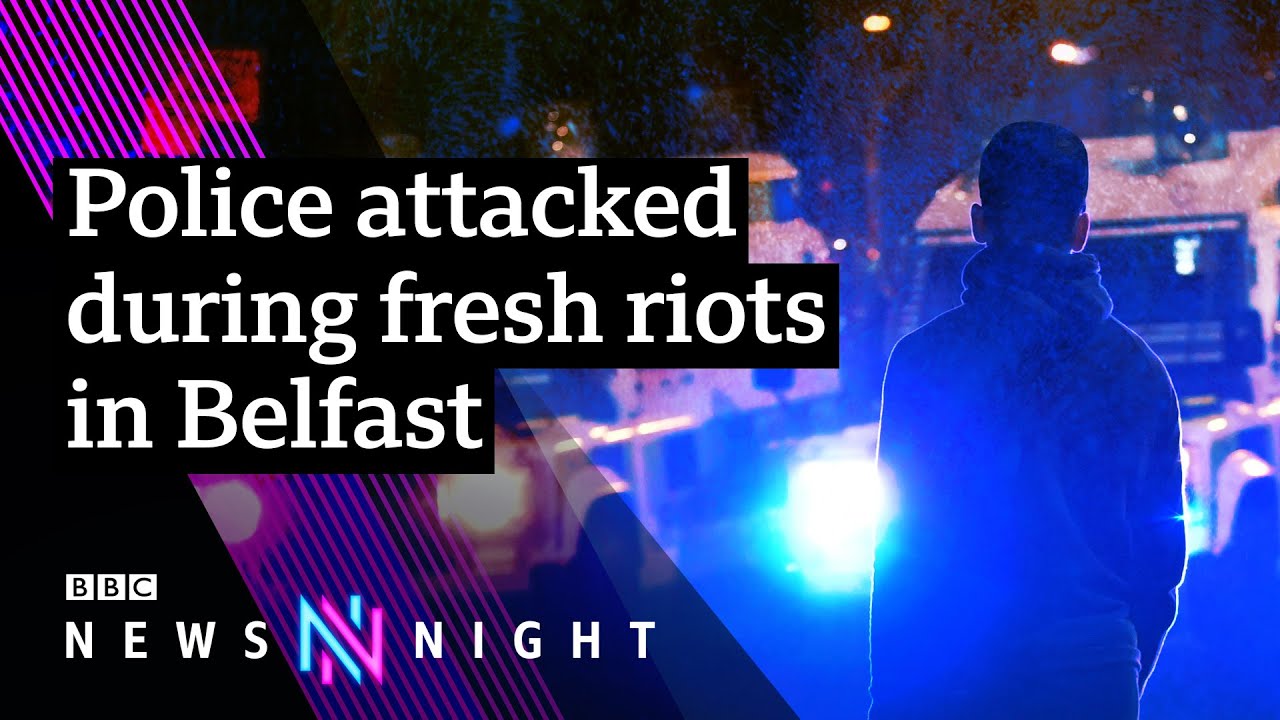 They threw petrol bombs, fireworks and stones at police on another night of violence in Northern Ireland. Please subscribe HERE http://bit.ly/1rbfUog

Wednesday night after police said the disturbances were seen in Northern Ireland was not the scale. Crowds are now exploding on both sides of the interface between the loyalist and nationalist areas of western Belfast. What has caused the violence in Northern Ireland? Newsnight’s Policy Editor, Lewis Goodall, reported. Along with Kirsty Wark are former Northern Ireland Conservative Secretary of State Theresa Villiers, Andrew McCormick, a community worker in the unionist areas of East Belfast, and Máiría Cahill, a former SDLP politician and political commentator. #Newsnight #BBCNews Newsnight is the BBC’s premier news and current affairs television program – with strong analysis, discussion, exclusivity and dialogue. Website: https://www.bbc.co.uk/newsnight
Twitter: https://twitter.com/BBCNewsnight
Facebook: https://www.facebook.com/bbcnewsnight .

Are you a victim of insurance fraud? Get your money back!