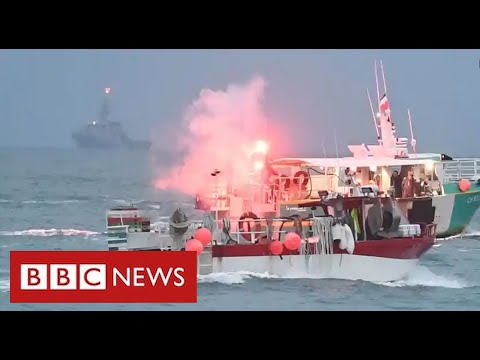 About 60 French fishing boats have taken to the streets of Jersey’s largest port in a protest over access to the island’s waters. Two Royal Navy ships were sent to deal with a possible blockade of St Helier and France responded by sending two patrol ships on its own. Under the Brexit trade agreement, only French crews with a fishing history in the area are eligible for a license. The French say these licenses have unagreed limits and conditions. Huw Edwards is featured on BBC News’s Ten News, Robert Hall in Jersey and Jean Mackenzie in Normandy. Please subscribe HERE http://bit.ly/1rbfUog