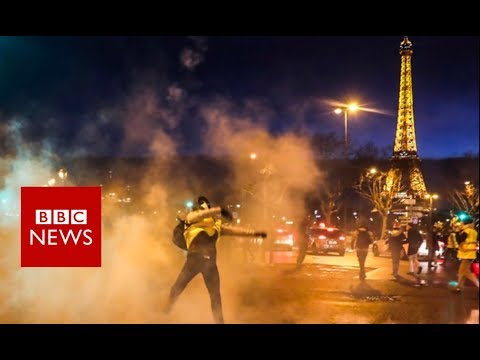 Protesters and police in a “yellow vest” clashed in the French capital, Paris, on Saturday night. Demonstrators threw objects at police and chased them as they tried to flee. More than 100 people were arrested during the march on Saturday, police said. It came after six consecutive consecutive demonstrations across France. It was estimated that only 66,000 protesters came out this week, however, there were 282,000 at the start of the November 17 protests. Please subscribe HERE http://bit.ly/1rbfUog .

Small earthquake shakes parts of New Jersey: have you felt it? PM correction