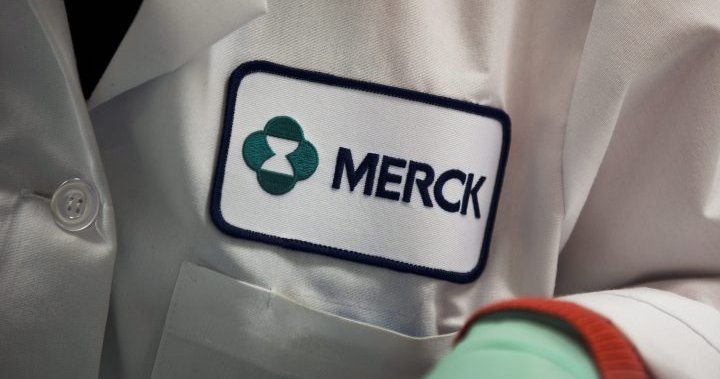 Federal regulators say they continue to receive data on the drug molnupiravir “as new information becomes available” from the drug company Merck, which is considered the first tablet to successfully treat COVID-19. I did.

No timeline is provided to complete the review process.

“We can’t predict when regulatory decisions will be made because the review is still underway,” Health Canada said in an email.

Merck has provided rolling data to Health Canada since August, when the product was still in clinical trials.

Health Canada said in an email earlier Thursday that it was “waiting for the final package of manufacturing data” from Merck, but later that day said a statement was erroneously issued, but soon. I didn’t explain in detail.

Regulators said the review would determine if the benefits of using the drug outweigh the risks and ensure that they meet “strict safety, efficacy and quality requirements.”

4:12
Infectious disease doctors respond after Merck’s antivirals approved for use in the United Kingdom

Merck released preliminary results in September, halving hospitalizations and deaths for patients with early COVID-19 symptoms. The results have not yet been peer-reviewed and have not been published in scientific journals.

The company also did not provide details on the side effects of molnupiravir, but said the incidence of these problems was similar between those who took the drug and those who took dummy tablets.

The drug targets the enzyme that the coronavirus uses to replicate itself, inserting errors into the genetic code and delaying the ability of human cells to spread and take over. Its genetic activity has led some independent experts to question whether the drug can cause mutations that lead to birth defects and tumors.

The UK Medicines and Healthcare Products Regulatory Agency said the ability of molnupiravir to interact with DNA to cause mutations has been “extensively” studied and has not been found to pose a risk to humans.

Dr. Sumon Chakrabarti, an infectious disease expert in Mississauga, Ontario, said it was intriguing because the error that Molnupiravir inserted into the genetic code was not recognized as an error by the SARS-CoV-2 virus.

“Therefore, a large mutation occurs and the virus dies,” he said. “In fact, it’s a little cool.”

Merck Canada announced Thursday that Health Canada will decide to approve after reviewing “all the evidence needed.”

The company added that the supply contract has not yet been signed, but talks with the Canadian government are ongoing.

In an email from the Media Center, Merck continues to work with the government to give Canadians access to our medicines when marketed by Health Canada. “.

Chakrabarti said the current situation of the COVID-19 epidemic in the UK, where “massive hospitalizations are slowly burning”, provided more urgency to regulators there to conditionally approve the drug. I said it might be.

He said Health Canada would consider using the drug “in the Canadian context.”

“They were pretty good about not rushing things,” he said of Canadian regulators. “They look at the data and when they make a recommendation, you can trust it.”

Regeneron’s antibody COVID-19 treatment is popular in the United States — why not in Canada?

Molnupiravir is also pending reviews with the United States, the European Union and other regulatory agencies. The US Food and Drug Administration announced last month that it would convene a panel of independent experts to scrutinize the safety and efficacy of pills in late November.

Merck and its partner Ridgeback Biotherapeutic have requested approval for the drug in adults with early cases of COVID-19 who are at risk of severe illness or hospitalization.

Take-away pills have been approved in the UK for adults over the age of 18 who test positive for COVID-19 and have at least one risk factor for developing serious illnesses such as obesity and heart disease. .. Patients with mild to moderate COVID-19 take 4 tablets twice daily for 5 days.

Chakrabalti, who has never seen data from clinical trials, said the caveat to the drug is that it should be taken early, either immediately after exposure or during the first few days of infection.

“The absolute risk reduction doesn’t seem to be that high, but at least it’s another tool in the box,” he said. “Anything we can use to prevent hospitalization is fine.”

— Use files from Associated Press